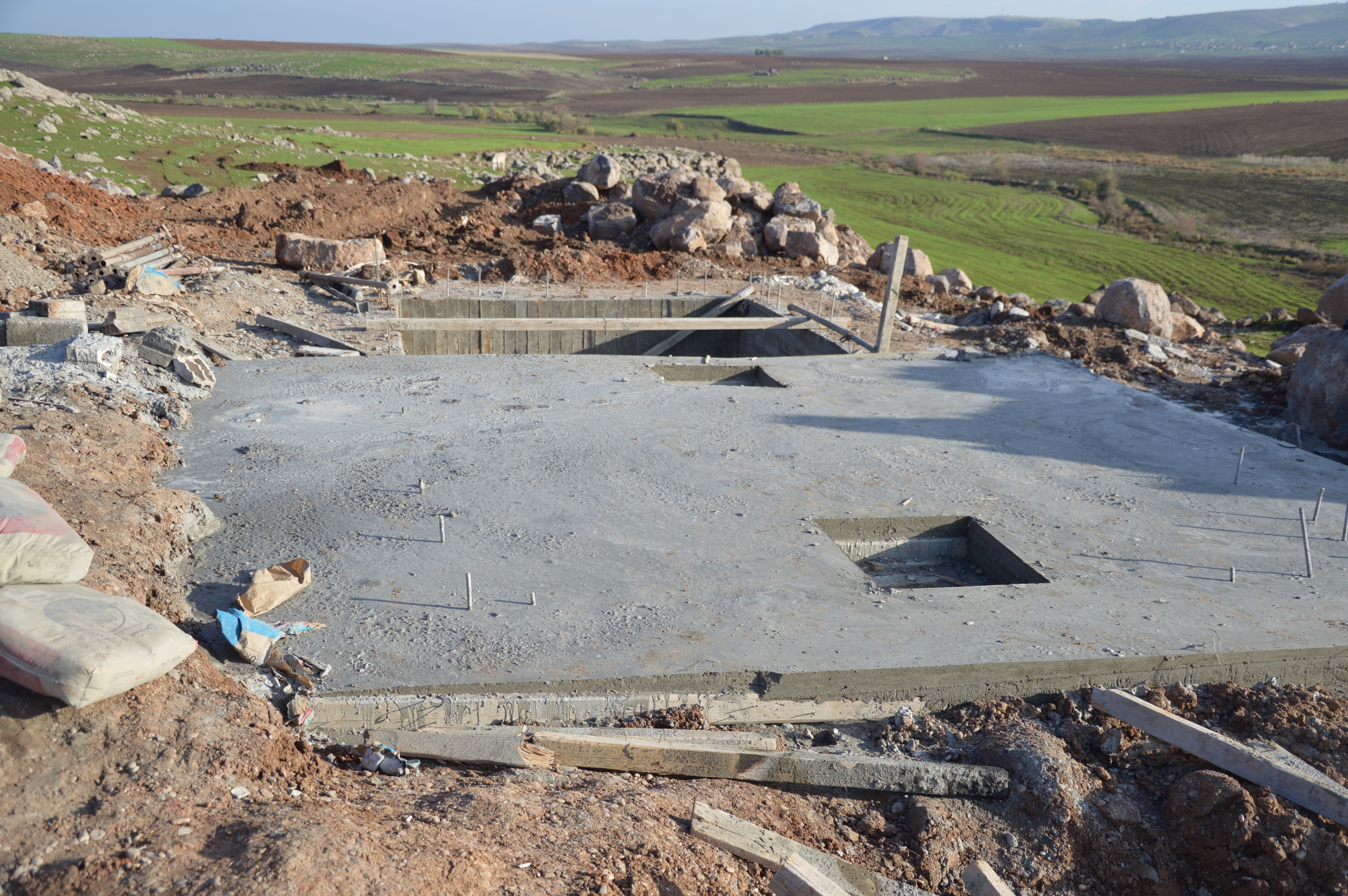 Much wastewater in Rojava ends up in rivers, where it is extracted for use in agricultural irrigation. The uncontrolled discharge of wastewater in streams and the subsequent use of contaminated water in agriculture is often a cause of disease and affects the ecological systems of the rivers. However, if properly treated, the wastewater could be made safe for agricultural use. Timely separation of graywater (wastewater from sinks, showers etc.) and blackwater (wastewater from toilets) makes this process more safe and ecological. After the filtering, the water can be re-used for example for the irrigation of plants.

The use of graywater is of particular interest in Rojava, as insufficient water supply is a problem in many regions (because of the natural scarcity of the resource but also due to the Turkish state politics which divert the water flow of rivers coming from the North into Syria). The required treatment level of graywater prior to its further use is decided on the basis of its planned use. For example, it is possible to use graywater for watering trees after a simple coarse filtration through a sieve. Finally, the re-usage of Graywater not only reduces total water consumption, but also avoids the pollution of soil and waterways.

The use of black water for fertilization

Human waste (especially urine) is the largest source of nutrients available to agriculture from organic waste. The Stockholm Environment Institute estimates that one person’s organic waste would be enough to grow 230 kilograms of grain annually. The urine is richer in nutrients (especially nitrogen) and more versatile, so it can be used on any kind of crop. Excrement also contains many nutrients and is excellent for improving soils. However, without a long composting, it should only be used to fertilize trees, shrubs, or grain for animal consumption. After composting for at least a year, it can also be safely used to fertilize crops intended for human consumption. The agricultural use of excrement again prevents the pollution of water.

The first step of our project is to implement such a system at the Internationalist Commune campsite and start filtering and reusing gray- and blackwater. Our experiment has already started, but all advice or remark from experts and activists on the subject are welcomed. Get in touch with us and support us finding viable solutions for the area and circumstances here.