Action in celebration of 10 years revolution of Rojava! 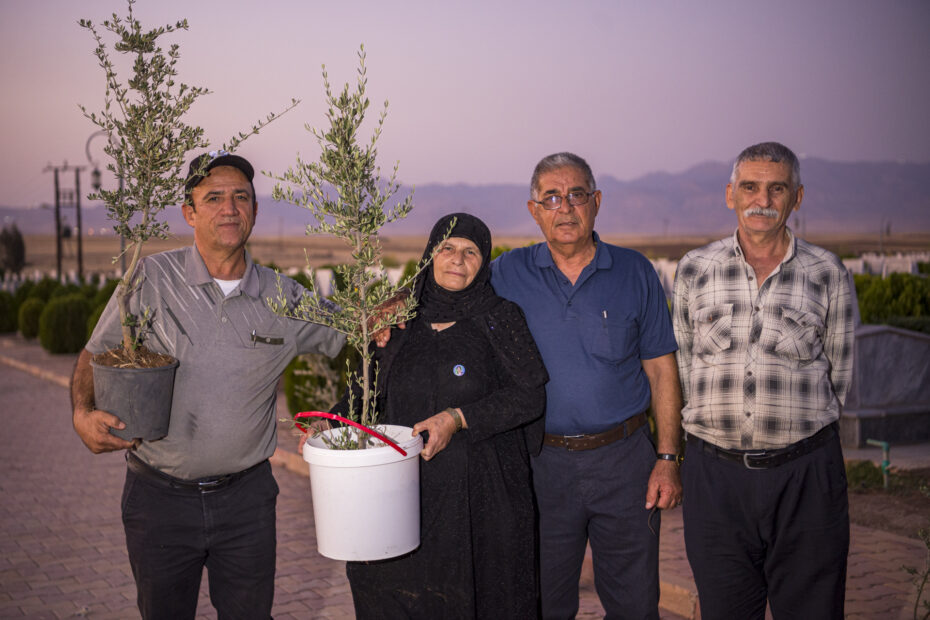 We went together with the “Meclisa Malbatên Şehîdan”, the council of the families of the fallen, to the graveyard to plant ten olive-trees, one for each year of the Revolution, which was built up by the sacrifice of so many. The olive-trees are also a symbol, for the occupied canton of Afrîn, which is infamous for its olives.

“Because our revolution is a ecological revolution, a revolution of the values of the people.”

At the same time many mothers with their children and relatives came to share each one’s grief about their lost ones on the grave of Şehîd Ferhad. He was recently murdered by a Turkish Drone in southern Kurdistan.

It was also the day Şehîd Bawer Mihemed was killed close to the city. We joined the families in commemoration.

previousA call to the Climate-Movement
nextSummer 2022