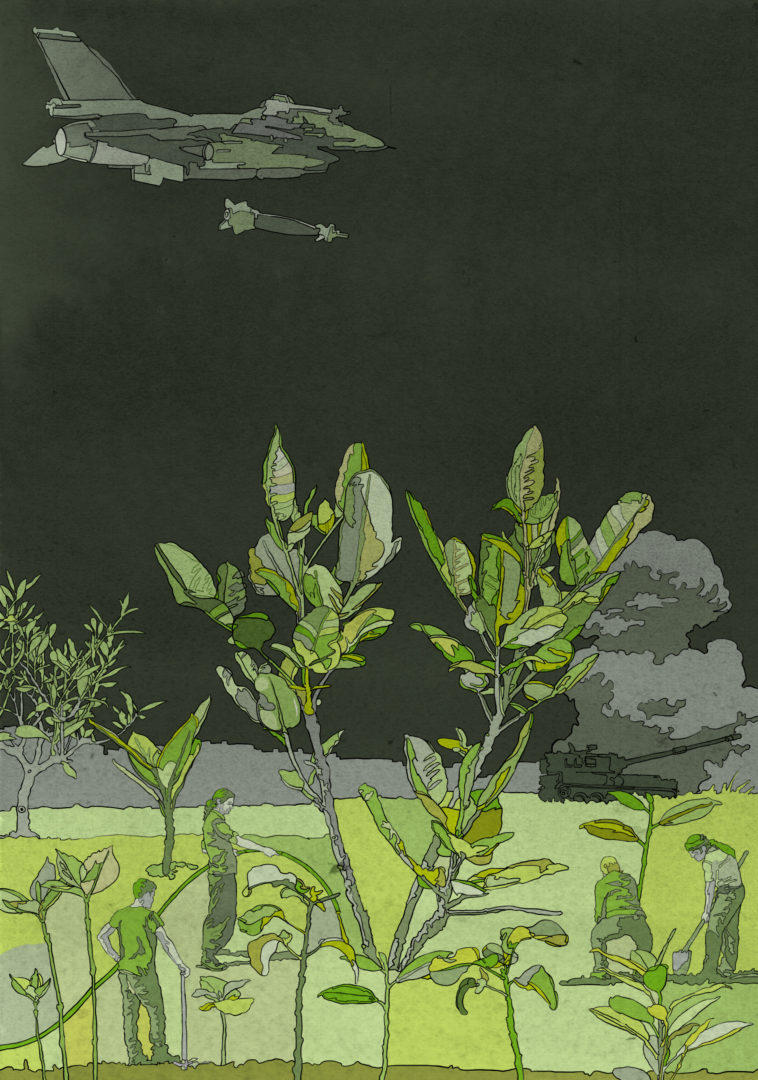 Ecology in times of war

On 10 February, the Turkish army of occupation launched a new large-scale invasion called “Claw-
Eagle 2″ in Southern Kurdistan/Northern Iraq against the Gare region, which is part of the Medya
Defence Areas controlled by the Freedom Movement guerrillas. After only 4 days, the fascists were
forced to withdraw completely due to the heroic resistance they faced. Although this is a historic
victory for the resistance and further proof that the last word has not been spoken, it does not mean
the end of the threats. The aim of the permanent attacks is to put an end to the building of a
democratic, ecological and feminist area in the Middle East that could spread to the world. As an
ecological movement, we must clearly oppose each of these attacks.

We think that seeing ourselves as ecological also means being against all wars of aggression.
Because wars are the opposite of what we fight for as an ecological movement. While we are trying
to build an ecological and ethical world where all living beings can coexist in harmony, wars only
destroy and pollute our planet even more. While we put so much effort into reforesting deserts,
building ecological energy infrastructures, providing uncontaminated and non-toxic food and water
for all, wars can destroy everything in a matter of days and pollute soil, air and water with long-
lasting effects. And this is exactly what is happening today in Bakûr (Northern Kurdistan, Turkey),
Rojava, Northeast Syria and Basûr. By invading Syria and Iraq, the Turkish state is destroying all
life: It burns fields and forests in Rojava, cuts down the olive trees of Afrin, bombs the electricity
and water infrastructures, interrupts the water flow of the major rivers that flow from Turkey to
Syria, and has been bombing the pristine nature of the mountains of Southern Kurdistan for several
weeks, polluting the soil, water and air for an unknown time.

On the day of the Global Climate Strike, we want to make a statement against the war and the
destruction of nature that comes with it. Here in Europe we find those who make these wars
possible in the first place. It is the weapons industry and the governments that, without any scruples,
deliver huge amounts of weapons and war technology to the Turkish state, which are then used
against our friends in Kurdistan.

We call on everyone to become active and take the initiative: Block, disrupt, occupy! Be creative,
share your ideas, actions and events with us! Organise sit-ins, meetings, discussions, seminars,
webinars and conferences! Connect your local struggles with the revolution in Kurdistan and other
struggles around the world!