25th September Global Climate Strike: Greetings from Rojava to Fridays For Future youth of the world! 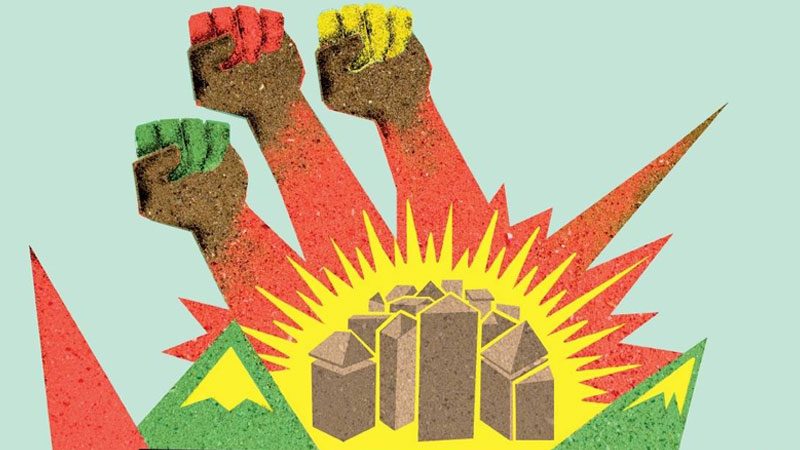 As young ecologists here in Rojava and as part of Make Rojava Green Again we salute and join the call of Friday For Future to participate in the Global Climate Strike of the 25th of September. Our campaign members, together with different local youth groups, will as well take actions here in Rojava.

Find a solution at once, or there will be no future at all!

As revolutionary ecologists and militants, we share the great concerns of Friday For Future on the climate crisis as expressed in their call (https://fridaysforfuture.org/september25/) and affirm together with them: “the coming months and years will be crucial” to find a solution to end the global destruction and exploitation of nature by humans! Especially because we are based in North-Eastern Syria – that is said to be one of the place that will suffer the most from climate change in the next decades – we experience and understand the urgency of the situation: “We need to act now”!

The solution will come from the people, not from the states or economic rulers:

Past and and recent history showed more than enough that big enterprises or states are ineffective to take real actions to mitigate climate change: the firsts because it goes against their direct interests, the seconds because, in our globalized world ruled by liberal economics, they are the tools of the firsts. Indeed, because the capitalist system is based on the perpetual creation and consumption of goods to allow a perpetual growth to the economy and not fall in crisis, it needs an infinite amount of resources. But the resources of nature are by definition limited. Because of this reality, capitalism means by essence the destruction and the exploitation of nature till it’s very end, till our very end…

Therefore a real solution to the climate crisis can not be found without a drastic change of our social and economic system and without rejecting capitalism as a whole!

Grassroots organizing of the youth and of society can be the answer:

To address the ecological crisis, the youth of the world have to unite at the local level, democratically and be creative to imagine new ways of living outside of the capitalist system. We have to re-imagine everything: our economy, our way to travel and move, our way to consume and produce, etc.! About economy, we have to push for the local production and consumption of the goods and make it so that we regain control of it. To fight against monopolies, we can start cooperatives to produce together and better. The use of the resources have to be discussed democratically and taking into account the ecological impact of our activities. Everything is to be created. Further than this, a whole new mentality has to be developed: a mentality that implies to rebuild a strong link between the communities and people as well as a respect towards nature. Against the individualistic, consumerist and competition that capitalism advocates, we have to push for solidarity, the better distribution of the wealth and think the social interactions between humans as more valuable that the accumulation of material goods. For this reason, the organization of the youth and of society is today more important than ever.

Let’s organize local councils working outside of the state systems, let’s build cooperatives, let’s take back the control on our local economy! By uniting and getting back the power to the people we will then be able to solve the ecological crisis.

Alone we are nothing, but together nothing is impossible!

Let’s get to the street and take actions on 25th of November!

1 thought on “25th September Global Climate Strike: Greetings from Rojava to Fridays For Future youth of the world!”