Jineolojî and ecology – links between women’s liberation and nature 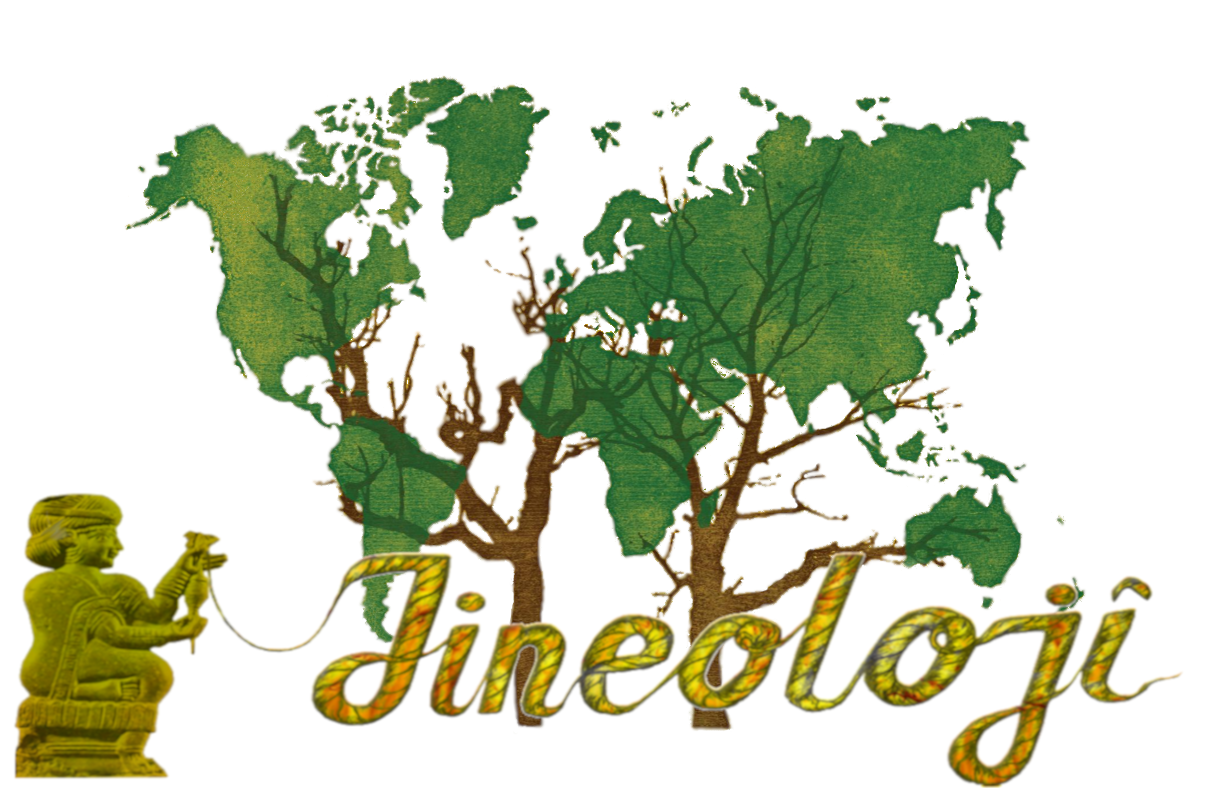 Since we published our book Make Rojava Green Again – that describes our ideology and our aims as a campaign – we received many enthusiastic and positive feedback as well as constructive critics and propositions from all around the world. Between those, we found one critic to be of major importance: our book lacks a chapter on the link between the Women’s Liberation struggle and the ecological struggle.

Indeed, in our book, we present the link between the ecological crisis and the social crisis – both consequences of the Capitalist Modernity – and we explain why it is impossible to solve the first without as well finding an answer to the second and vice-versa. We also propose social ecology, the theory developed by Murray Bookchin, as an alternative solution to build a democratic and ecological world. We finally show how humans got slowly disconnected from nature through 1) the appearance of the first proto-states in Mezopotamia and the development of a war culture that brought to the domination of humans over humans and further to the foundation of hierarchical societies and 2) through the desacralization of nature brought by the transition from animist religions to god-like religions followed by monotheist religions which located the gods outside of nature and turn it into an inanimate object to exploit.

But Democratic Confederalism, the system on which Rojava is based and that has been developed by the Kurdish philosopher Abdullah Öcalan, is more than just ecology and radical democracy as it’s third and essential pillar is the Women’s Liberation. We believe that for solving the ecological and the social crisis, also the liberation of the women is a requisite. To use the words of Öcalan: a “society can’t be free unless the women are free”. And more than this, he also affirms that the oppression of the women and of the nature comes from one and same mentality: the one of the dominant man. This implies that without changing this mentality there will be no solution to both problems…

This article there after, written by two of our members working in the women’s structures of Rojava, aims at filling this gap in our book and is an introduction to why women’s struggle and ecological struggle must be one.

Jineolojî and ecology – links between women’s liberation and nature

Rojava has become famous around the world for making a Women’s Revolution. On every level of society women’s structures are in the frontline of social, political, cultural, economic and military life, as they are considered the vanguard of the revolution. The aim is to liberate the women in order to liberate society worldwide. Ever since the declaration of an autonomous region in 2012, women in North-East Syria have gained a new status in society, through equal representation in all political institutions, a system of co-chairing, new rights, women’s centers and academies, etc1.

Rojava is also known for being an ecological revolution, as ecology is a founding principle of democratic confederalism. However, can these two aspects of the Rojava revolution be read independently, like two chapters of the same book? This would stem from a misunderstanding of what the women’s revolution in Rojava is about. If we have a closer look at its ideological foundation, this revolution based on women’s liberation invites us to radically rethink how we view our world and our nature.

Tracing back the roots of oppression: the rise of patriarchy and the demise of mother-goddess cultures

The women’s revolution of Rojava did not fall out of the blue. It is rooted in the history and experience of 40 years of Kurdish women’s movement, which itself takes inspiration in the historical women’s struggle that have been led worldwide. With the support and ideological guidance of Abdullah Öcalan, women of the Kurdish movement laid the foundations of the women’s revolution that is blooming today in Rojava: in the mountains of Kurdistan, they created their own fighting units, their academies, their own party, rediscovered their norms and values, etc2.

This process also paved the way for a profound reconsideration of the roots of oppression, exploitation and hierarchy. In his defense writings, Abdullah Öcalan identifies the origins of oppressive social structures in the rise of patriarchal societies and the state system 5000 years ago in Mesopotamia, with the emergence of the Sumerian state. A new hierarchical social order took shape, in which patriarchal figures (kings, priests, warriors) progressively undermined the social power women previously withheld in ancient matriarchal societies. Now, how does ecology play into this? Looking for the roots of oppression in the demise of matriarchal cultures brings the way society relates to nature into the focus. Matriarchal societies are, among other aspects, characterized by a mother-goddess culture, which views nature as holy. In such cultures, deity is not a desincarnated being, floating over the heads of humans, as the God-figures which appeared in patriarchal cultures. Everything that surrounds the humans is rather infused with sacredness and deserves to be celebrated. Indeed, in traditional matriarchal cultures, the divine is understood to be immanent in nature and culture, and this is the reason why everything is considered sacred. There is no transcendent God outside of the world, but the world itself is divine, which means: feminine divine3.

Several goddess-figures give account of this holistic view on the world, which encompasses humans and nature: the Mesopotamian goddess Innana-Ishtar, the Egyptian goddess Nut, goddess of the Cosmos which gave birth to all the existing, the pre-Hellenic Earth Mother Gaia, the Indian Prithivi which in Sanskrit means at the same time “earth” as it is the name of a goddess: “These primordial Goddesses mirror the matriarchal perception that the feminine is the all-encompassing”4. Against this Goddess tradition, the new emerging patriarchal order breaks with this holistic worldview, by taking the sacredness out of nature and placing it in the hands of priests who are henceforth believed to be the only links between humans and the divine. By desacralizing the feminine, the patriarchal mentality opened the way to the domination of women and nature. This developing “second nature” of humans – the nature of socialization – disconnected them from their “first nature”, which is rooted in their biological essence and environment. It is this change of mentalities which allowed nature to be seen as a mere tool of enrichment for the powerful.

This perspective on the origins of oppression creates an inseparable link between women’s liberation and ecology: A social revolution which aspires to abolish the patriarchal mindset in order to establish a free society inevitably relocates nature in the center of society.

A new scientific approach: Jineolojî and its resources

This change of mentality that the Rojava revolution aims at requires the development of a new scientific approach which allows to analyze society and the natural environment with new eyes. Jineolojî, the science of women, was developed in order to respond to this need.

Jineolojî proposes to recover the holistic worldview which prevailed in matriarchal societies, and to apply it to science. As a term, Jineolojî appeared for the first time in 2008, in the 3d volume of the manifesto for a democratic civilization of Abdullah Öcalan, “Sociology of freedom”. Jin means woman in Kurmanci, but it has the same root as the word Jiyan, which means life. Hence, Jineolojî must not be understood as the science of women only, but of life, of society as a whole, in which women’s existence and point of view is taken as a reference. The aim of this science is to reconnect knowledge with society. Knowledge cannot be developed abstractly and unbound from society, but must always respond to its ethics, its needs and to the aim of reconstructing the balance of woman-nature-society.

Jineolojî covers a wide range of fields: economy, ecology, demography, history, sociology, ethics and aesthetics, health, education and self-defense. The methods of Jineolojî embrace the entirety of life and therefore emphasize the interconnections between these areas of life, which are both theory and practice. In this perspective, the field of ecology is connected to all the others: environmental matters must be considered in their social, economical, political and cultural context. The protection of the environment is a question of self-defense of society, since a destruction of the environment poses a threat to the life on planet earth. In that sens, ecology is understood as “social ecology”5, as we cannot solve ecological problems without addressing the problems of society.

Jineolojî is about making these links and connections, and radically opposes the separation of fields of research, which allow “discoveries” that have lead to the destruction of humans and nature. It rejects false scientific neutrality which in the end benefits capitalist and patriarchal oppression, and claims that research and knowledge must serve the aim of building an ecological and democratic society, based on women’s liberation.

Jineolojî is still at its beginnings. However, this holistic thinking is developed and put into practice currently in Rojava through different projects:

Notes from the article:

1. For more information, the Rojava Information Center provides key documents on the achievements and aims of women’s movement in North-East Syria: Basic Principles and General Principles for Women. The Autonomous Administration of Jazeera Canton of Rojava. President of the Women’s Committee, 22 October 2014. Find also more on Kongreya Star and its committees.

2. For a deeper understanding of the Kurdish women’s movement, we recommend the reading of the autobiography of Sakine Cansiz, “Sara: My Whole Life Was a Struggle”, Pluto Press.

3. The Way into an Egalitarian Society. Principles and Practice of a Matriarchal Politics , Dr. Heide Goettner-Abendroth, Edited by the “International Academy HAGIA”Winzer / Germany 2007