What can we do as ecologists to support the resistance in northeast Syria? 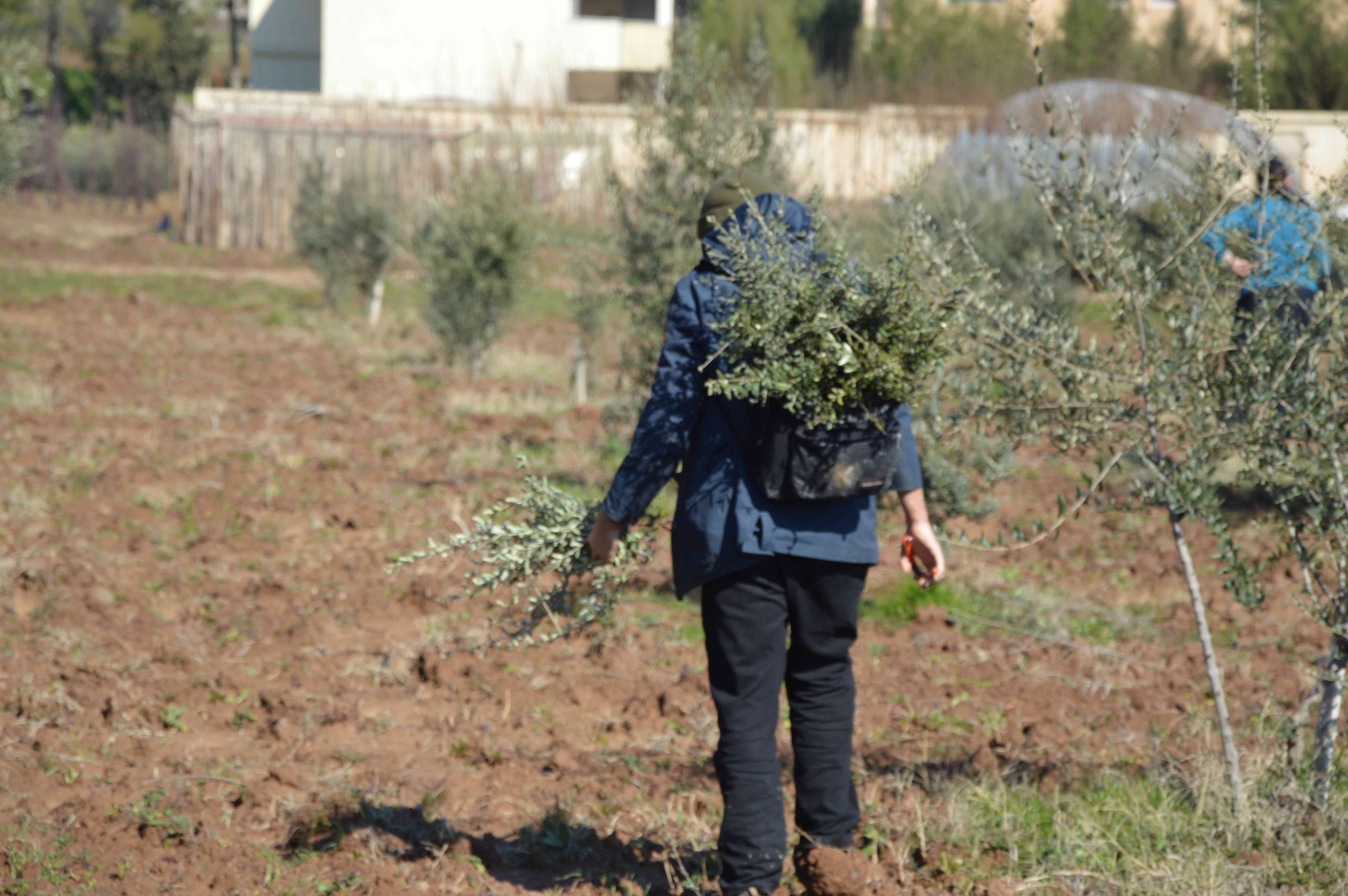 Demonstrations and direct actions are important things to do, and it’s important to make them happen, but of course, there are lots of other different sides of the resistance.

We as ecologists, can grow things, be regenerative and creative and try to develop other approaches to this resistance. Of course, the artistic side is always there: we can develop ways that bring visibility to the resistance, like performances, drawings, art, banners. This kind of things can contribute a lot to spreading and creating an image of resistance that is also connected to this creative and regenerative side. We are planting trees in Rojava, so why not plant some trees in front of the Turkish embassy and block the entrance?

Your help from Europe is also very important, knowing that you people are caring about us and the revolution is giving us a lot of strength. Demonstrations and direct actions are maybe not stopping the war, but they play a significant role. If the conflict is starting in Rojava, it is also beginning in Bakur, and if it’s starting in Bakur, you can start to put more pressure on Turkey in Europe.

Another thing we can do is to inform the population. Informing the population gives the revolution of Rojava immortality. In this way, we make the revolution become history. Making people know about the revolution is making the anti-capitalist fight go everywhere. The struggle for ecology and the struggle for women’s liberation are the base for the future movement in Europe. Informing people will also bring two options to the nation-states in Europe. Either they will just let us fall, and all the people will realize how stupid and useless the states are, or they will have to support us, and in that case, we will have effectively used this pressure.

The war will be won politically and by the resistance of people here. We can create another Vietnam here. The weapons are something, but we are very good at making the revolution and the resistance so visible and public that they cannot destroy us all. When people in Europe know what’s happening here, the state of Turkey is unable to break us or commit a big massacre.

* The campaign “Make Rojava Green Again” is a campaign of the Internationalist Commune of Rojava with the aim of contributing to the ecological revolution in Northern Syria.

2 thoughts on “What can we do as ecologists to support the resistance in northeast Syria?”