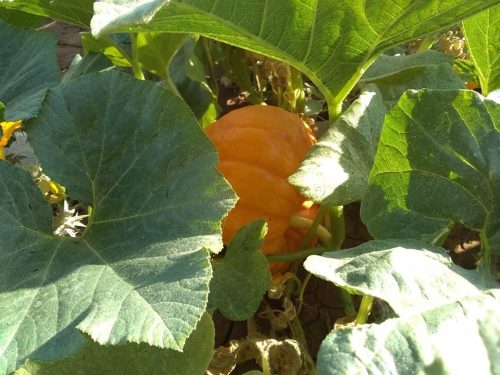 If Reber Apo, the imprisoned leader of the Kurdish liberation movement, was a gardener, I would expect his garden to be colourful and wild, spilling out beyond its borders, a glorious mixture of vegetables, trees, flowers and vines. Drawing on his writings on political transformation, I imagine him to be a permaculturalist, creating gardens based on the wisdom of nature. Permaculture is a design system that strives to make ecological spaces sustainable and productive. But the approach is also geared towards other kinds of design, whether it’s architecture, urban planning, organisational structures or even political systems. The word comes from a combination of “permanent” and “culture,” so at it’s most fundamental it’s an attempt to develop a culture of permanence. In this case, permanent does not mean static – like nature, the system must grow and develop as it responds to internal and external change – but it is permanent in that it is not geared towards self destruction in the way that our current agricultural systems tend to be.

Permaculture takes a values-centred approach, so the ethics of “earth care, people care and fair shares” hold the centre, and from there productive and sustainable outputs shape the form. Permaculture is a holistic system – it insists that we look not just at component parts of a design, but at the relationships between them, and how they come together to create a whole. A permaculture garden aims to take inspiration from the way in which ecological systems sustain themselves in nature, with the saying “think like a forest, act like a meadow” giving a poetic insight into the permaculture approach. Forests and meadows are both ecosystems which sustain an astounding diversity of life within a “closed loop” and resilient system. They don’t require external fertiliser, chemical pesticides or artificial watering systems. And yet they sustain impressive numbers of plant and animal species, plus countless fungi, bacteria and microorganisms in the soil which are also crucial to keeping the system healthy. A permaculture garden would seek to replicate these patterns and relationships. Rather than growing plants in isolated rows, a permaculture garden would group plants together so they can work collectively. A classic example of this – drawn from indigenous knowledge – is the ‘three sisters’ planting pattern. Maize, climbing beans and squash are grown together, so that the squash covers the soil to keep moisture in the ground, the climbing beans put nutrients into the soil that the other plants need, and the maize provides a climbing structure for the beans. If planted in this way, this vegetable patch preserves soil quality, reduces need for water and improves harvest, so it’s sustainable and efficient. This is one of many approaches that permaculture harnesses through its twelve principles, which encompass concepts such as “produce no waste,” “use and value diversity,” “creatively use and respond to change,” and “design from pattern to detail.” Making the leap from gardens to revolutionary approaches in political organising, we can see a lot of useful parallels that show us how to build movements, organisations and communities which are productive, sustainable and holistic. But before we explore the compatibilities of permaculture and political transformation, let’s look at why it even makes sense to do it.

One reason has already been mentioned – permaculture takes a holistic approach to developing strategies and solutions, and having a coherent framework is crucial to having an effective political strategy. This is a strength of the Kurdish liberation ideology as shaped by Reber Apo and more recently, the New Paradigm. It already takes a holistic ideological approach, recognising the interconnection between patriarchy, capitalism, the state and ecological destruction. In the West, too often we firefight between issues, not developing or expressing a coherent ideology which effectively highlights and challenges the structural causes of what we are fighting against. The political transformation that has been happening through the Rojava Revolution in North East Syria recognises the importance of this shift in mentality, which is why it is particularly interesting to analyse the movement through the lens of permaculture. One principle of permaculture which invites interesting analyses is “creatively use and respond to change,” which is sometimes conceptualised as “the problem is the solution.” This principle aims to communicate that sometimes when things aren’t going as they should, the solution lies within the problem. The most famous example is that if your garden is overrun by slugs, rather than investing in chemical pesticides or spending hours plucking slugs from lettuce leaves, you could introduce some ducks into your garden. The ducks will happily munch on the slugs while also producing delicious eggs and healthy fertiliser for your garden. Politically, “creatively use and respond to change” can mean anything from repurposing viral right-wing slogans and brands with our own message (“Make Rojava Green Again” can be an example of this) to using the chaos and collapse of current political and economic systems as an opportunity to organise and build resistance. It’s also about being able to see things in unconventional ways. An interesting example of this is the new paradigm of the Kurdish liberation movement. For a long time the answer to the “Kurdish Problem” was assumed to be a Kurdish state. But through the new paradigm, the problem itself becomes the solution – statelessness is the answer to how to build a truly liberated political system.

Permaculture also teaches us to “use and value the margins and edges” and “use and value diversity.” In the garden, this means using polyculture growing techniques, like the ‘three sisters’ planting pattern described above. It acknowledges that monoculture- just having one kind of plant – does not exist in nature, or is a symptom of a system out of balance. Furthermore, we can observe that the spaces between systems – the ‘margins and edges’ – are areas of high diversity and productivity. This includes spaces like tidal pools or riverbanks, where unique forms of life develop and flourish. These principles are relevant to political organising in lots of ways which are encompassed by democratic confederalism. Democratic modernity embraces diversity and plurality, rejecting the hegemonic and fascist tendencies of capitalist modernity and the state system. In politics, we embrace the edges through organising as and alongside marginalised communities. The Kurdish liberation movement also teaches us to not focus all of our energy on the centre of power – the state and corporations – but to also build power around the edges, in society and in the places where the state does not have a monopoly on power. This way you’re able to grow revolution on fertile ground, with many voices feeding into the process and embracing the diversity that will give a revolutionary system sustainability.

A truly sustainable system is able to absorb and work with change, staying true to the values at the heart of the system while adjusting the methods. The permaculture principle that describes this approach is “apply self regulation and accept feedback.” Simply put, this means don’t take more than what you need, be aware of the impacts of your actions on the world around you, and continuously readjust your approach to ensure that you are aligned with the values at the core of your work. It doesn’t take much effort to see how this applies to ecology and politics equally. This concept is encompassed by the Zapatista approach of “walking, we ask questions,” which encapsulates how revolution is an ongoing process that requires constant reflection, questioning and readjusting our path. Tekmil, the Kurdish liberation movement’s practice of critic and self critic, is also crucial in this process. Through giving criticism and evaluating our work, we ensure that we stay on track, and are being as effective as possible. Examples of this include recent actions of the Autonomous Administration in adjusting the role of Tev Dem to support the neighbourhood communes to work in a genuinely democratic way, as well as changes from the Economy committee to strengthen the collective nature of cooperatives, ratherthan acting too much like private initiatives. By dismantling the boundary between the political and ecological realms, we can strengthen our ability to build movements that are resilient, dynamic and effective. Democratic confederalism and the Kurdish liberation movement have a natural affinity to ecological thinking, so it’s no surprise that the new paradigm places ecological sustainability as one of the three core pillars of a revolutionary approach. As the ecological values at the heart of the revolution are applied to the reality in North East Syria, permaculture can be a useful tool to frame the environmental approach. Conversely, Western political movements struggle to meaningfully integrate sustainability into broader political movements, and ecological campaigns often take a highly technical and state-centred approach. Through weaving a permaculture approach into our political organising, we can develop a more holistic and coherent politics. We can nurture a revolution that is built on mutuality and diversity, that enables us to live freely with each other and with nature.

For more information on permaculture, check out: 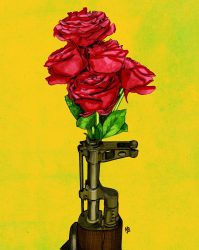