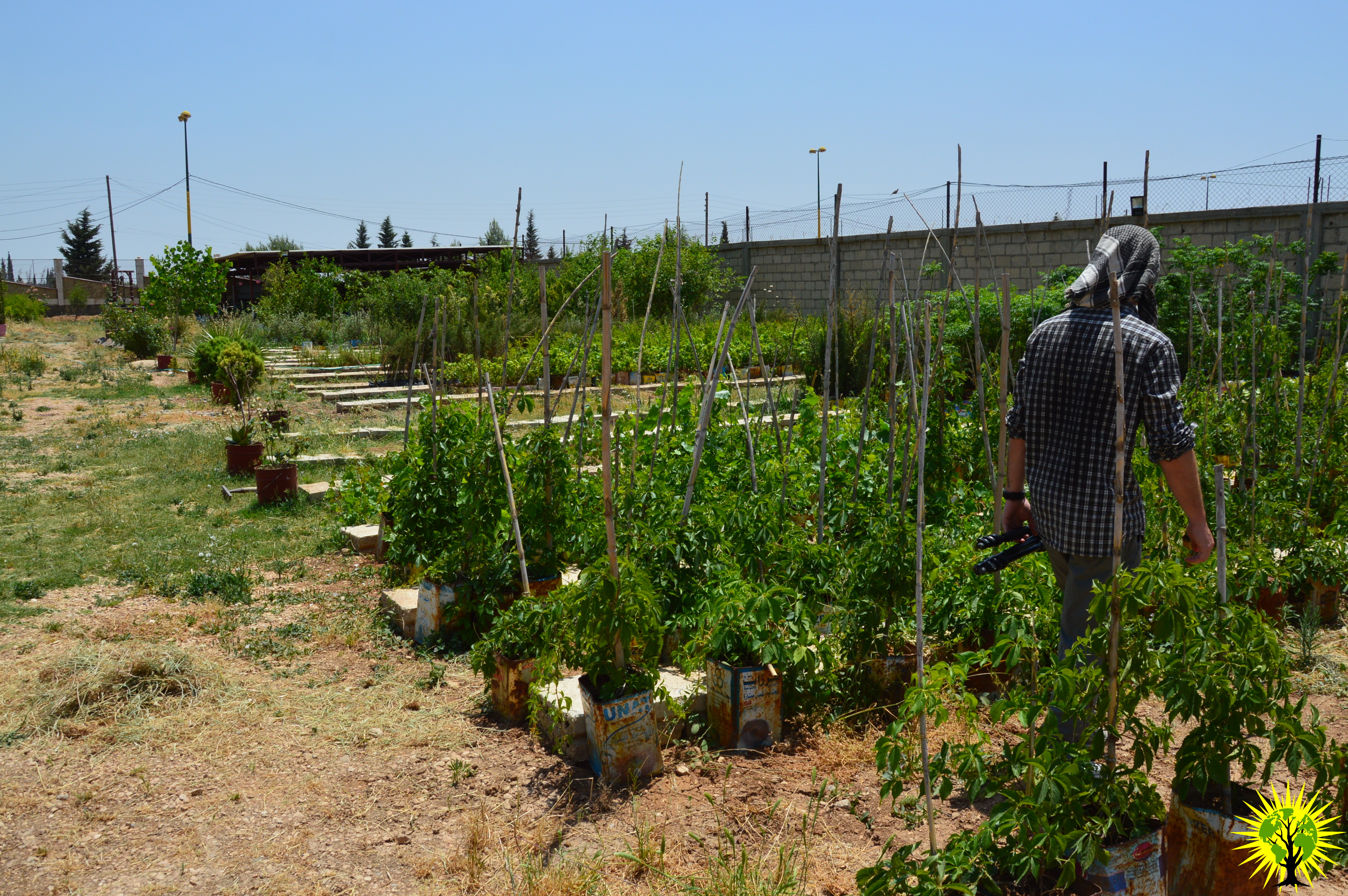 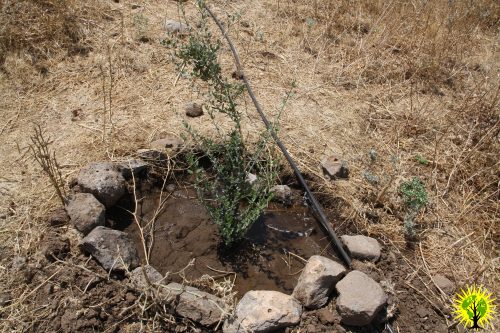 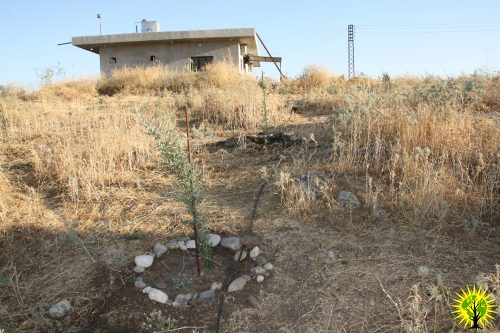 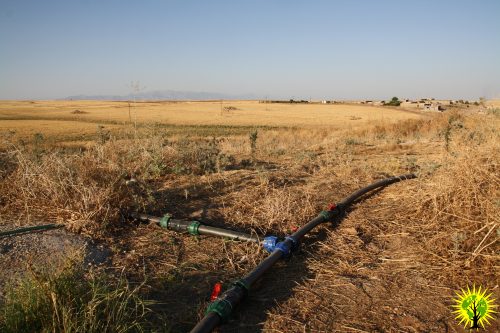 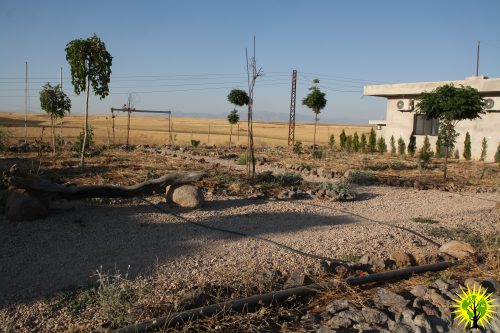 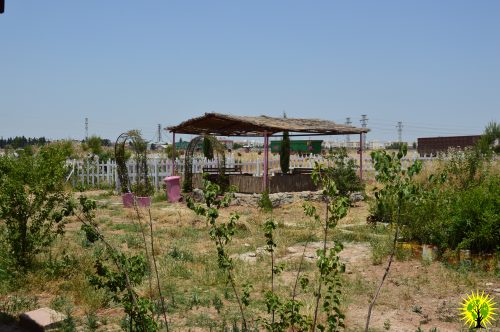 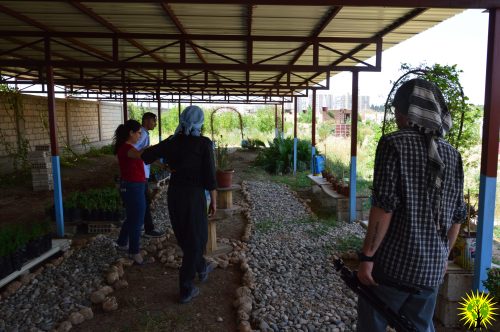 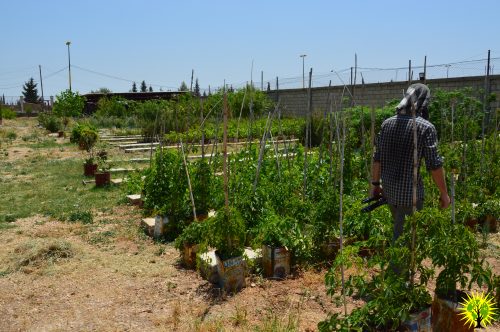 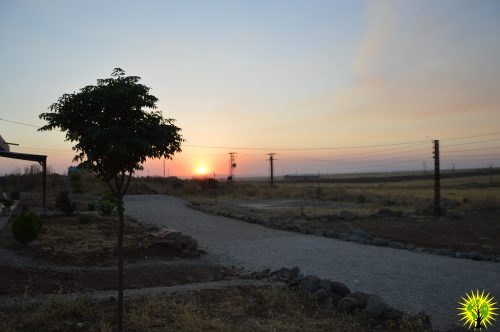 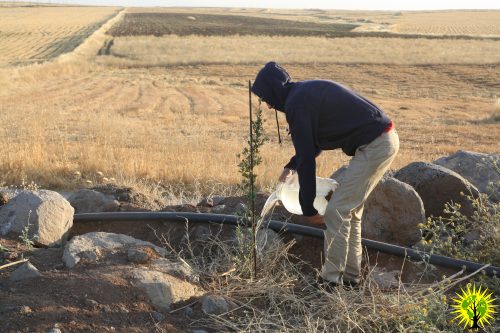 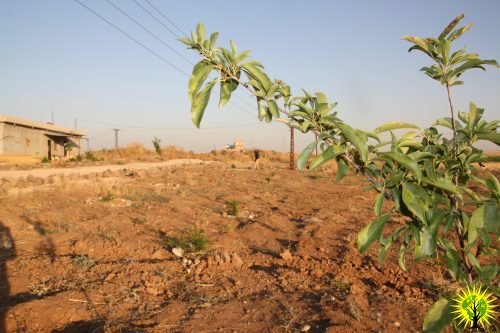 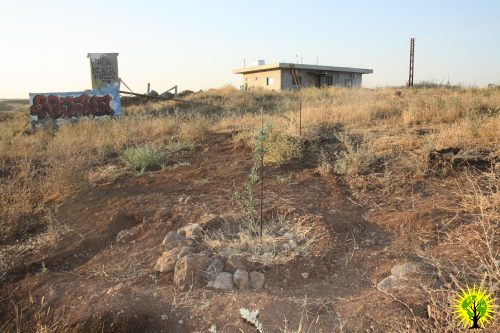 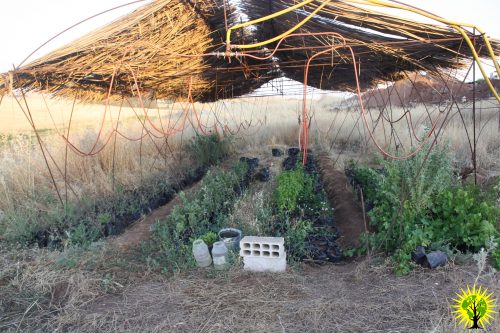 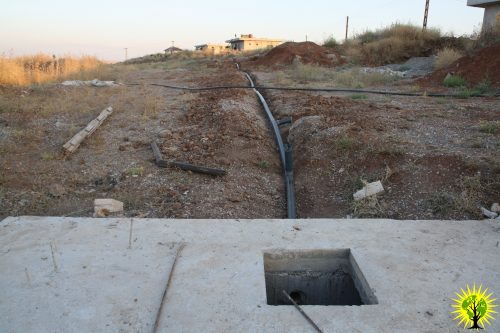 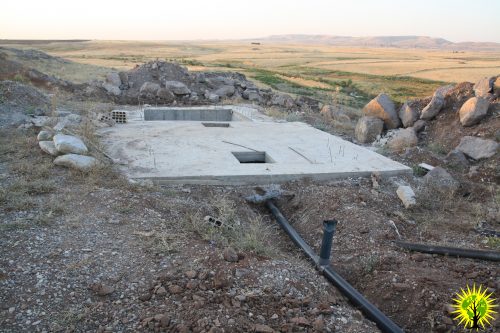 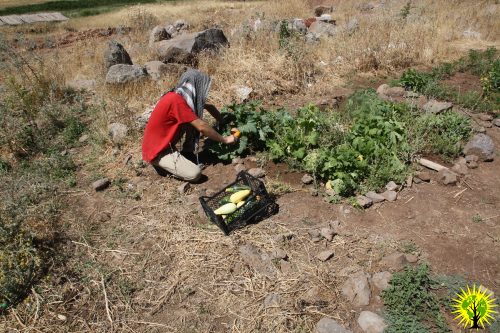 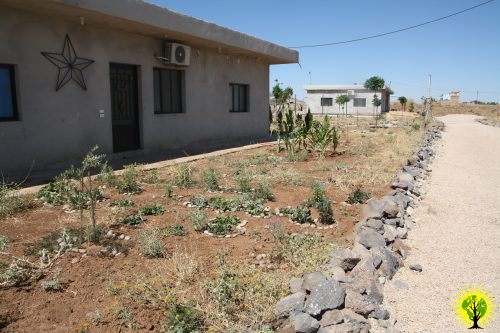 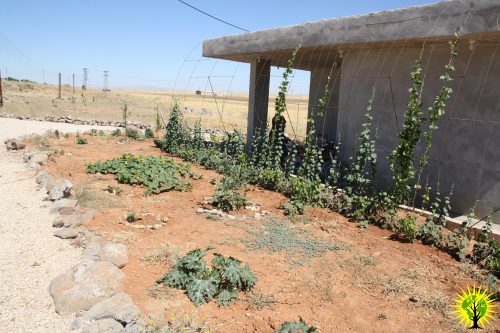 Summer arrived in Rojava, and with it a lot of unexpected work popping up, delaying the publication of this gallery.

Our trees and gardens continue growing, and we were able to make the harvest of several vegetables in our gardens. We had been working on a wider and more systematic irrigation system that now is finished, and even if it is not very aesthetic, it allows us to save time efforts when watering all the trees. We also finished the canalization for our black water system, and now we will continue our researches on how to develop an effective water purification system for the black water.

The zucchini harvest at the Internationalist Commune was very colorful this morning 🌈 #GreenRojava #TwitterKurds #Rojava pic.twitter.com/O7dUpKLKAb

Now the temperatures are passing the 40 degrees every day, with a brightly sun shining on the sky. There is often a dry and hot wind that create the perfect conditions for fires to spread. This is a big problem, and became even bigger because it has been used by sleeping cells of Islamic State for continue their war against Rojava. We faced several attacks of daesh and other insurgent cells linked with turkish state and even syrian state inteligences, setting up fires in the wheat fields. One of this fires happen very close to our internationalist academy, and we went to help other villagers who were fighting the fire and defending their crops.

We just recorded this video close to our Commune. Wheat fields have burned. Hundreds of people courageously helped to extinguish the fire.
In recent weeks, large agricultural areas in many regions of #Rojava / Northeast #Syria have been set on fire by #ISIS as new war tactics. pic.twitter.com/iK2iOQgv6V

After the action together with the Fridays For Future group of Rojava, we are also connecting with different groups around the world who want to push for a radical ecology perspectives, and we received several invitation to take part in different ecology camps that will happen this summer. We will try to send messages to all this camps, but as a starting point we already wrote an article sharing our ideas against green capitalism. We also published a video about youth and ecology in Rojava, with the practical works that the friends from FridaysForFuture Rojava are doing but also some interviews with students of the Rojava university with their perspectives about ecology.

At the beginning of June, the 3rd European meeting for make Rojava green again took place in Val di Susa, in the mountains of Northern Italy. Several friends related with ecological struggles gather to discuss how we can continue our work, to reflect how to make better connections with the different projects we are working here and the different initiatives and groups in Europe who want to support the ecological revolution. In July, we also took part in the Obóz dla Klimatu camp in Poland, and we will also be in the “power without borders camp” in UK, that will host a workshop about the campaign for Make Rojava Green Again on Sunday 28. We also call to prepare and organize the Earth Strike, a general strike for in ecological key organized for september.

We also joined the celebrations in Rojava of the anniversary of the revolution on 19th July. We can see how after 7 years of revolution the ecological dimension is getting deeper. The ecological challenges are very big, but the will to face them is also very strong. We are getting in contact with more local projects and institutions, having a wider perspectives of the different tasks and projects that are being developed.

We want to take the chance to thank all the people who supported our work in the last months. Only with your help is the work here possible!