From climate strike to general strike 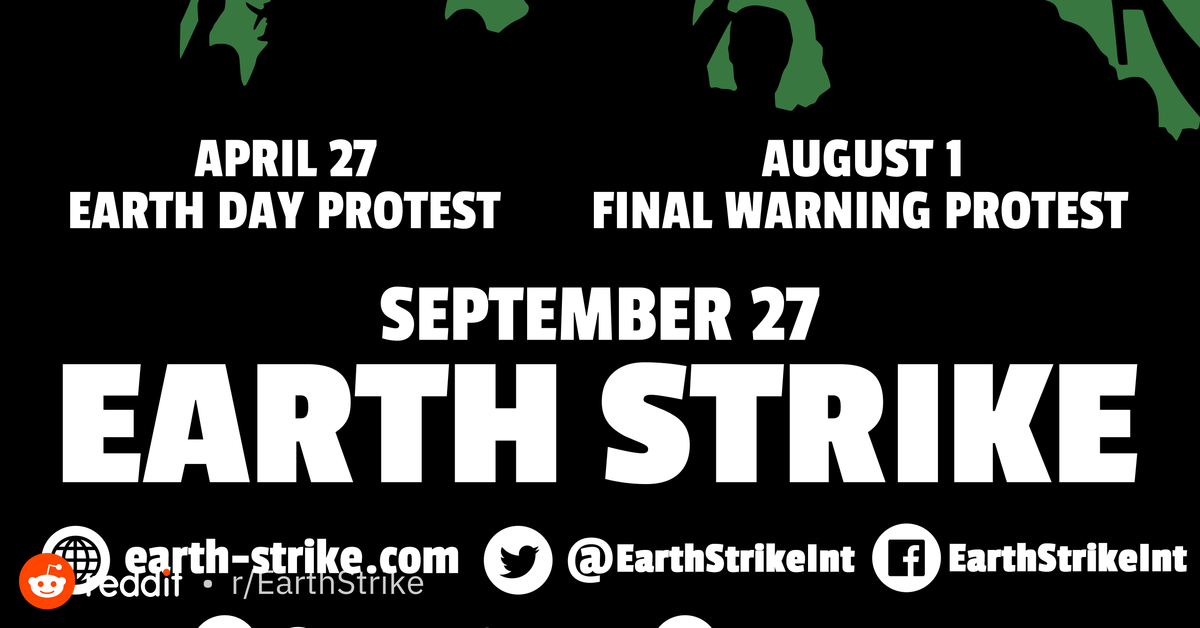 The climate movement rediscovers a tried and tested recipe: the general strike. The first attempt is scheduled for 27 September. But how exactly do we get from the climate strike to the general strike? What are the first steps towards building a broad ecology movement capable of asking the systemic question?

A Friday afternoon in Vienna: Around 200 climate activists block one of the central bridges across the Danube Canal. The plan: to mobilize civil disobedience and block traffic in the city. The main demands: Cars out of the city and free public transport for everyone. After two hours, the police escalate the situation: people are sent to the hospital with lacerations, the rest are taken away and spend the night in police station cells. Despite the repression, actions such as the one in Vienna are currently being carried out across the world. Ecological campaigns like the anti-coal movement focus on mass civil disobedience, they demand “System Change not Climate Change”. Clearly, there is a strong determination to achieve this change. Recent cases of protesters breaking through police lines to occupy coal mines and then be removed by the police show how just how determined they are.

How did this movement develop, and how does it communicate? Over the last few years, the various organisations, networks and groups that mobilize outside parliaments against the destruction of nature and climate change have come together at climate camps to discuss common ideas and practices. This has resulted in big campaigns, common songs and slogans. And at least a rudimentary common understanding of a system that eats up the place where we all live, leaving behind nothing but deserts and polluted soils.

With the global climate strikes created by Fridays For Future, there are now also specific days where the various organizations and movements focus their energy. Global strikes are planned again for the next few months, with particular focus being placed on September 27, as various groups such as Fridays For Future and Extinction Rebellion have called for an Earth Strike on this day. And they want to widen the struggle. It is, once again, Greta Thunberg who has brought to the debate a new crucial talking point: the general strike, a tried and tested strategy for new movements.

Discussions have long since begun in climate justice circles about how we can get more workers on strike, because it has been clear for a long time: only when the working class strikes can the power of capital be broken. Only then can we bring the system to a standstill and create a new system which prioritizes the needs and ecological livelihoods of the masses, not the economic growth and profits of the few. Only then will we find real answers to the climate crisis.

But how to do it? How do we turn a climate strike into a general strike? Or to put it another way: how do we bring social and ecological struggles together? Firstly, some misconceptions must be clarified. One recurring misconception is that the protestors who block off coal mines don’t care about the miners. We do care. We wish to fight side by side with the miners to force their employers to convert to renewable energies, or to even help them expropriate the mines from their bosses and take them into their own hands.

Conservative and right-wing forces try to play ecological and workers groups off each other and frighten people with warnings about the costs of ecological change. They construct the solution of the ecological crisis and the social question as opposites. And unfortunately, this narrative works again and again. When the yellow vests in France began to seriously worry the state, they were presented in the media as a kind of anti-ecological protest of the working class. This was, of course, nonsense and from the outset this lie was intended only to discredit the movement. At yellow vest meetings it was quickly made clear that they were in favour of preserving the planet, but that they did not believe it was up to the working class to pay for the costs for it.

The yellow vests are right! Governments will try to pass the cost of the climate crisis on to us. They will try to find the billions needed for the ecological reconstruction from above through cuts in the social sector and increased taxes on normal people. But we say: the rich must pay for the climate crisis! This outlook must become one of the cornerstones of a global class-conscious ecological movement.

The climate justice movement must be intersectional or it will fail. In many areas this insight has long since become practice. Feminist positions, for example, are already consensus in large parts of the new ecology movement. There are few progressive movements in which young women become so powerfully and unmistakably loud as in the new climate and ecology movement. Now we must follow suit and make it clear that an ecological society must not only be antipatriarchal, but also classless.

The connection between ecological and social struggles does not have to be derived theoretically; it is omnipresent, tangible and concrete. The middle class can freely decide whether to buy cheap imported inorganic food or local organic produce. This choice does not exist for the less well-off. Who will be allowed to lead a healthy and ecologically sustainable life is often decided at birth. It is the residents of working class neighbourhoods that tend to breathe the most smog and are most affected by noise pollution. It is the people who live in structurally weak areas that are being confronted with nuclear waste repositories. Residents of the richer districts, of course, do not have to face such problems.

On a global scale, this relationship is even more blatant: the global South is the least responsible for the climate crisis, but suffers the most from its consequences. It is labour slaves in Colombia and Russia that have made it possible for Germany to abandon coal mining. Hard coal is still burned in German power stations but it is no longer mined in Germany because the workers there “cost too much”. The fact that hundreds of workers have been murdered in Colombia in recent years by right-wing paramilitaries on behalf of the coal industry because they no longer wanted to tolerate the bad working conditions and the destruction of their ecological livelihoods seems to interest only a few people.

In combining social and ecological struggles, the climate justice movement takes up a tradition that began in the USA’s black civil rights movement in the 1980s. Black people in the USA were and are much more affected by ecological destruction than white people because of structural racism and its resulting economic disadvantages. In the 1980s, the anti-racist movement came up with the term “Environmental Justice”, which brought together the struggle of the black classes and the working class for emancipation with ecological resistance. This is what we must continue to do today.

There are already starting points for this. In the anti-coal movement the climate crisis and capitalist exploitation are seen as inextricably linked. To some extent, connections between the climate crisis, its devastating effects in the Global South and the resulting forced mass migrations are also being drawn in the media. This analysis is finally gaining some attention, and is reflected in the growing connections between migrant and climate movements, but is not reaching nearly enough people. Why? Because we have not yet succeeded in explaining it clearly enough and we do not address the reality of life of large sections of the population.

We now need to broaden the content of the climate movement and link it to other struggles. But, we must also make sure that we are not perceived as an elitist movement and that we constantly reconsider how we explain and anchor our ideas and our resistance in society. If we want to evolve from a climate strike to a general strike, then we need popular demands that make it clear that, as we struggle against the domination of corporations and their governments. And that we want them instead of our class to pay for the crisis.