Ecology against Capitalism – Seeking a Renewed Relationship to Nature 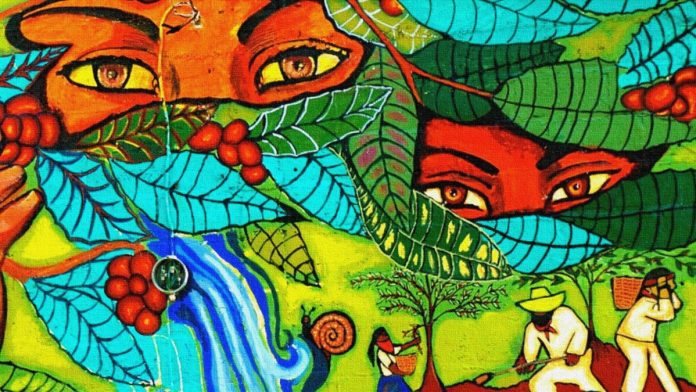 Around the world, currently, thousands of people, especially youth, protest and demand action against climate change. Under the slogan Fridays for future global strikes and mass demonstrations took place on March 15th. In light of the statistics and prognoses about the causes and effects of climate change over the last few years, the climate question has become one of the most urgent questions of our time. While on one side, individuals must bear responsibility, it is clear that it does not suffice to merely criticize individual lifestyles without challenging larger structural political and economic conditions. Analyzing climate change as independent from capitalism means depoliticizing the issue. In fact, nearly all conditions that have contributed to climate change can be traced back to the capitalist-consumerist system. In this sense, ecology will have to go beyond just “protecting the environment”. Instead, a meaningfully ecological approach can lead to profound social, political and economic change and help us develop renewed relationships between humans and nature and humans and society.

What is climate change and what are its effects? In short, climate change is an increase of the average temperature on earth resulting from an increased output of so-called greenhouse gases (e.g. carbon dioxide or methane) into the earth atmosphere. While these gases are naturally part of the earth’s atmosphere, through their increased presence the atmosphere turns into a “roof” that preserves the warmth of the sun, a process referred to as the greenhouse effect. Like in a greenhouse, warmth is absorbed on earth through the increased presence of greenhouse gases. These gases are released due to the use of fossil fuels, which are currently the world’s most widely used energy source. Cooking, heating, charging your phone, taking a hot shower, driving a car – these things mostly go back to fossil sources like petroleum or coal. Especially the capitalist, consumerist system needs fossil energy to persist. The production of nearly all industrially-fabricated goods relies on fossil fuels.

The increase of the average temperature on earth as a result of these processes does not mean that it suddenly gets hot everywhere. The effects of climate change are much more complex and vary across different regions. Some regions are increasingly hit by heat waves, others by humidity, some by increased precipitation, others by drought. Generally, more natural disasters occur, for example, as a result of rising sea levels, which affect mostly people in coastal areas. Moreover, many animal and plant species and their habitats are endangered. Many animals are or will not be able to adapt to climate change. In sum, the capitalist system continues to exploit nature despite all warning signals and forecasts and to destroy the livelihood not only of humans but of all flora and fauna. Particularly remarkable, and indeed scandalous, is the fact that the effects of climate change especially hit those regions that contributed the least to climate change and that have the least means to adapt to its effects. In the meantime, industrialized capitalist states that are considered to be the “most prepared for climate change” possess the financial means to protect themselves, while doing nothing significant to stop climate change.

The capitalist economic system is based on the unlimited exploitation of earth and its beings for the production of ever-more absurd and unnecessary products for the market. This surplus is not meant to cover the basic needs of society or to enhance the life quality of people. On the contrary, this system can only survive on the backs of exploited workers and women and on the basis of extreme injustice towards people in so-called “underdeveloped” countries, whose resources have already been looted and exploited in the 15th century by Europeans. Capitalism substantially developed on the backs of colonies, workers, women and nature.

When we look back in history we discover that so-called holistic worldviews were prevalent, in which nature was considered alive and spirited and in which the earth as a whole was seen as a living, contiguous organism. On the other side, capitalist ideologies have strongly contributed to an oppressive relationship between humans and nature and gradually declared nature as dead and inferior. Already in the 16th century, scientists began to consider the subjugation of nature as the mission of modern science. Nature, formerly seen as a whole that also included humans, was now declared as “the other”; a fragmented, dead and unreasonable nature that had to be controlled. We can say that today’s recklessness towards nature, especially in the industrialized countries, is also rooted in this presumption. There is a prevalent fallacy that humans could, and even should, unlimitedly exploit nature and put nature at the service of humans. The current economic system is based on this idea.

When we organize ourselves today to protect our habitats and our future, we must in the first place abandon this approach that sees nature as the dead, unreasonable, subjugated and exploitable other. Ultimately, this must mean a break with capitalism. I say ultimately, because it is clear that at this moment capitalism surrounds us everywhere and all the time, whether we profit from it or are being exploited by it. For this reason, a genuine organized struggle against climate change must step-wise realize an alternative here and now in order to remain independent. Otherwise, without breaking with capitalism, we will constantly be led into its traps.

What does a trap of capitalism concretely look like? Here is an example: The rising environmental awareness in society produces pressure, in politics as well as in the economy. Many companies adapt to this new situation and put new products on the market, which are supposed to be more ecological and which aim at easing the conscience of the consumers. The packages are provided with markings like vegan or organically produced and communicate an alleged environmental awareness to the producer. Likewise, consumers feel like they are “on the safe side” when they put organic kiwifruits, soy yogurt and vegan zucchini spreads in their cloth bags. Undoubtedly, vegan and vegetarian lifestyles are to be welcomed, especially considering the reality of factory farming, which is a torture to animals and furthermore causes over one-sixth of all greenhouse emissions. However, even a vegan lifestyle is not revolutionary or cruelty-free when the underlying relation towards nature and its resources remain the same. In recent years, being vegan developed into an explosive new trend and new markets developed around it. Most of these vegan-friendly companies do not care about ecology however, but instead lead us into the lie of ethical and ecological consumption. There are several issues here: Neither the exploitation of workers, nor the exploitation of nature are challenged when people are encouraged to engage in so-called ethical consumption. Moreover, most of the time consumerist, greedy behavior, another crucial aspect, is not particularly being questioned. Many people actually join mainstream cultures in this way, constantly in search of new taste experiences and “exotic” recipes without respecting the resources of nature.

This brings us back to the assumption that nature is fragmented and lifeless. As long as we intend to move only within existing conditions, our resistance will also remain fragmented. For example, by adopting a vegan lifestyle, one can pick out one “piece”, one aspect of the struggle while, ignoring the other parts.

For this reason, a comprehensive struggle based on a renewed relationship to earth might be much more sustainable and meaningful. We must develop an understanding in which humans are part of nature and not the “rational rulers” over nature. Especially in large cities the reality is that nature is seen as something external that must actively sought in order to be experienced. We have to “find” a piece of nature first to be able to feel its presence. We search for a park, a forest, a river, the sea deliberately, and for many people, this feels like an artificial and forced encounter that reminds them of the fact that this nature is normally missing in their everyday lives. It often reminds them of their self-alienation. For instance, we visit forests and realize that we have no idea about which mushrooms and plants are edible. We don’t know that trees communicate underground, using their roots. We don’t know which insects, birds and mammals have their habitat here, how they relate to one another and how we should behave, if we encounter them. To learn about these things has become a scientific privilege, which is more often than not used to the detriment of nature. Generally, there is a lack of basic knowledge about the processes and organisms of the earth.

Women for example have gradually lost their knowledge of their own bodies and sexuality over the last centuries, not only as a result of patriarchy, but also as a result of a general self-alienation in society. Today, many adults know remarkably little about their own bodies, their genitals or the natural processes that are involved in human reproduction. Basic knowledge about ourselves and about nature must always be actively researched, since there exists no social structure of sharing this knowledge among the community any longer. As long as we lack this knowledge, we put ourselves in a permanent state of dependency. In this sense, we can say that autonomous, self-sufficient societies are always societies where the knowledge that we need for our lives is collective. A society that possesses the necessary practical means and experiences is able to maintain and provide for itself. A society based on self-sufficiency and radical democracy builds the frame for a life in which nature is not exploited and left to the rich and the rulers, but is instead valued and respected.

At the root of ecological activism lies a renewed relationship to earth, its beings, its water, its air; a relationship that treats all of nature with respect. On the practical level, this means combating capitalism, which has always been based on destruction and exploitation, and to create an alternative which will pave society’s way to a self-sufficient and self-determined life.