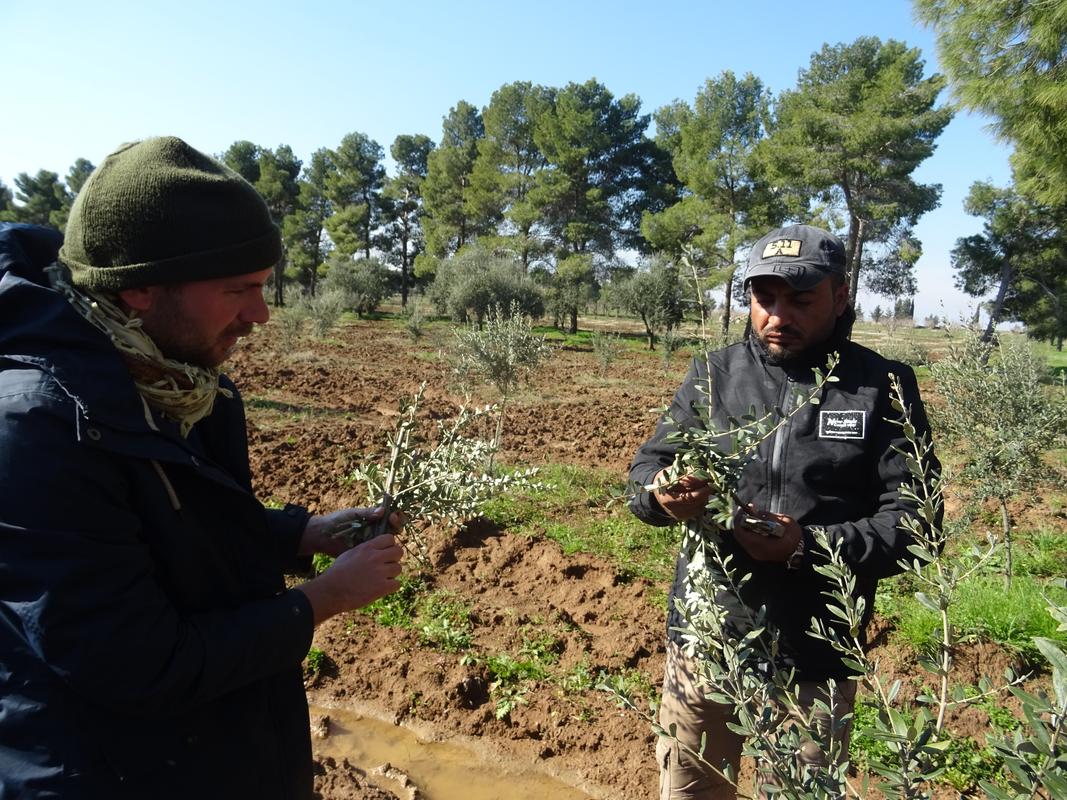 Historically, the Cizîre Canton was densely wooded. However, from when the Baghdad railway from Konya to Baghdad was built, more and more trees were burned. Nowadays the Cizîre Canton is mainly made up of agricultural land. Just single trees are visible. Under the Syrian regime it was illegal to plant trees, so there was no reforestation, which contributes to consistently falling groundwater levels.

“The state didn’t even allow us to fix our own roof, you always had to pay a big amount of money to get it done. In the 1970s lots of land was seized and given to Arabic people. All you could do was work as hired labour on your own land. That’s why many people left Rojava to go to Damascus”, Cemal tells us, who is works at the tree nursery “Roj” nearby the city of Dêrik.

“This tree nursery was founded directly after the revolution” he explained. He showed us the trees they raise there, which are mostly olive, pomegranate, fig, hazelnut and other varieties of fruit trees as well as cypress and oak.

“The trees we grow here are trees which naturally grow in this area. Many commercial nurseries grow lots of plants, whatever looks good, but they’re not compatible with the local climate” Cemal explained. “Our goal is to make the region livable and green again. We make them available at affordable prices because we don’t try to maximise profit.”

From the beginning Cemal’s whole family was part of the revolution.

“You can’t sit at home and do nothing if others are bleeding for your country. My older brother already joined the guerillas in 1988. He was martyred/fell sehid (preference?) 1994 in Zagros. His name was Sadun Çira. My whole family supported the revolution from the very beginning. My sisters worked in councils and communal structures. Nobody left the country” he proudly affirmed.
Cemal joined the YPG when the revolution started and was heavily wounded in the battle against the Al-Nusra Front. Following this, Cemal was “sent here to the nursery by my friends.”

“Welcoming the activists from “Make Rojava Green Again” to the tree nursery, he showed them how to prepare and plant the cuttings of olive trees, to help make Rojava green again. 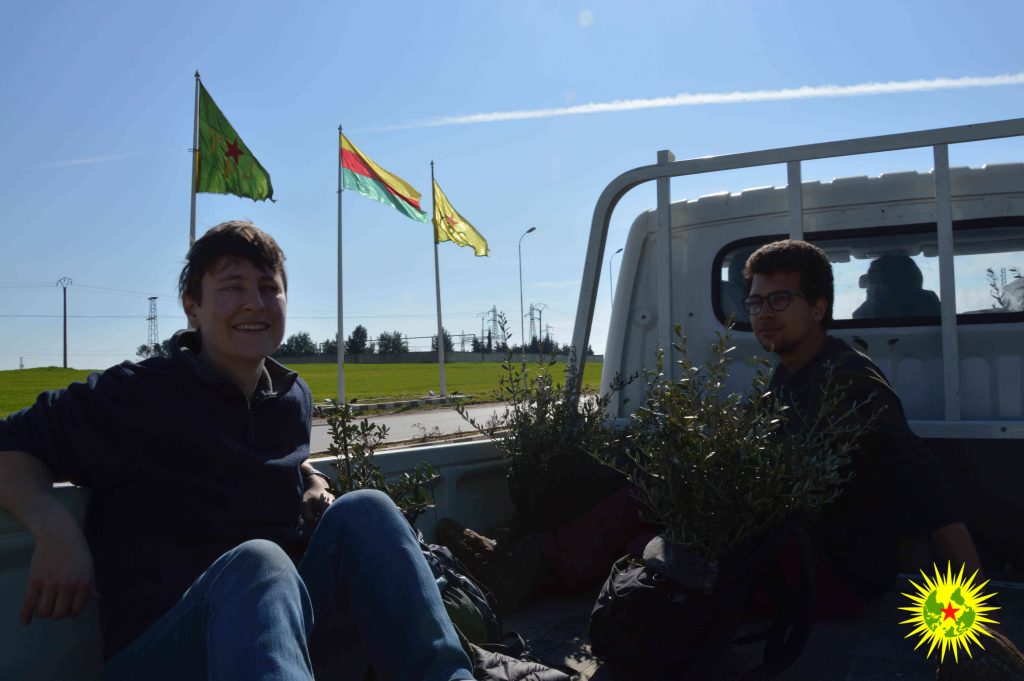 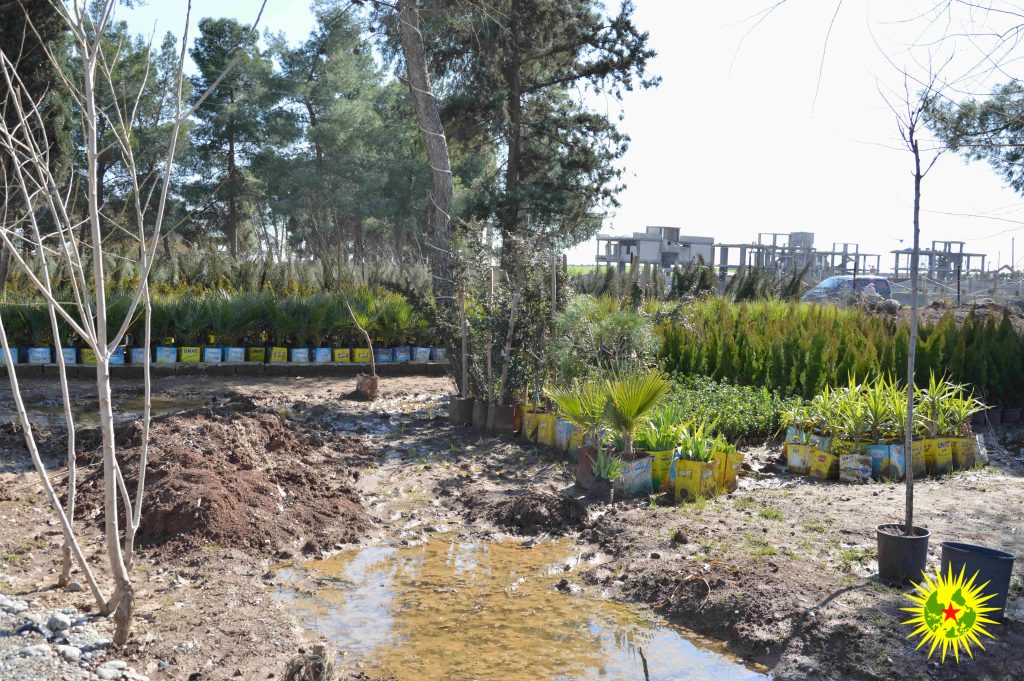 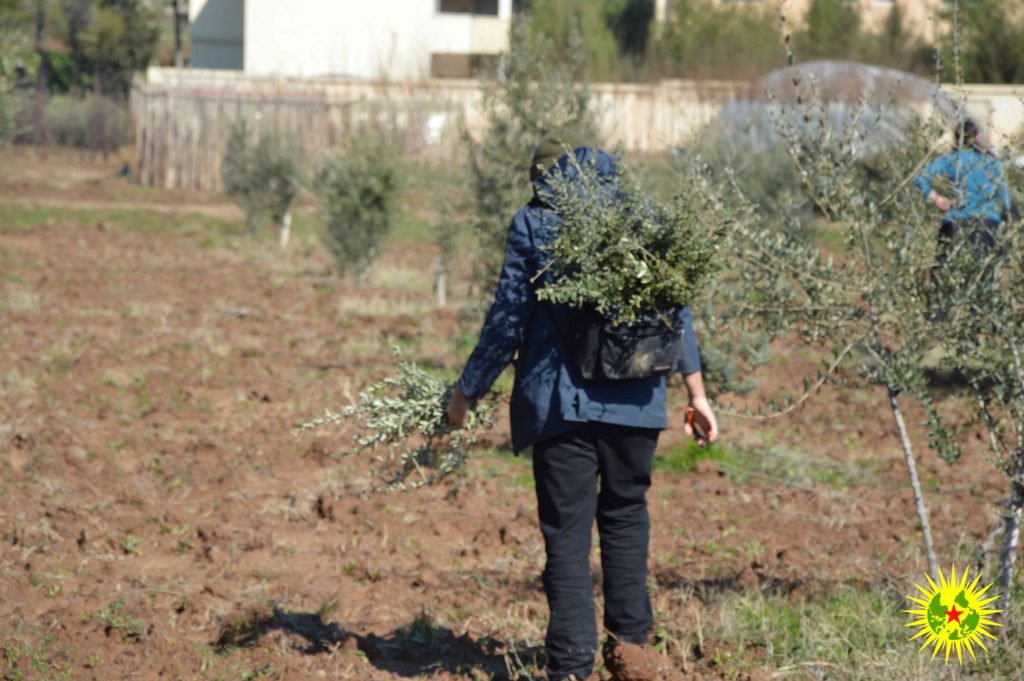 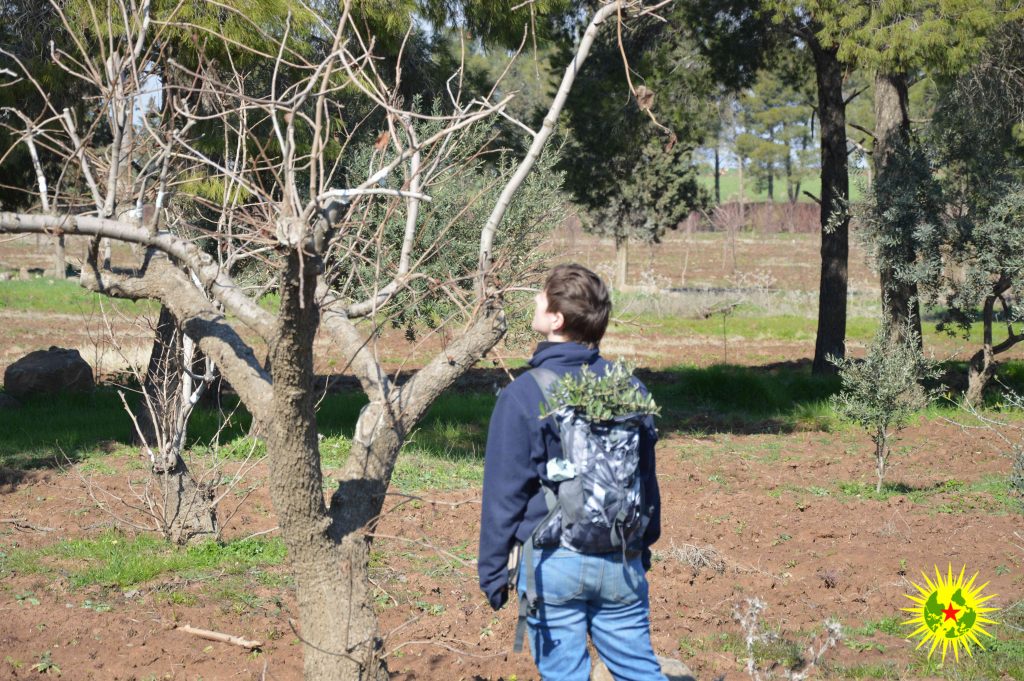 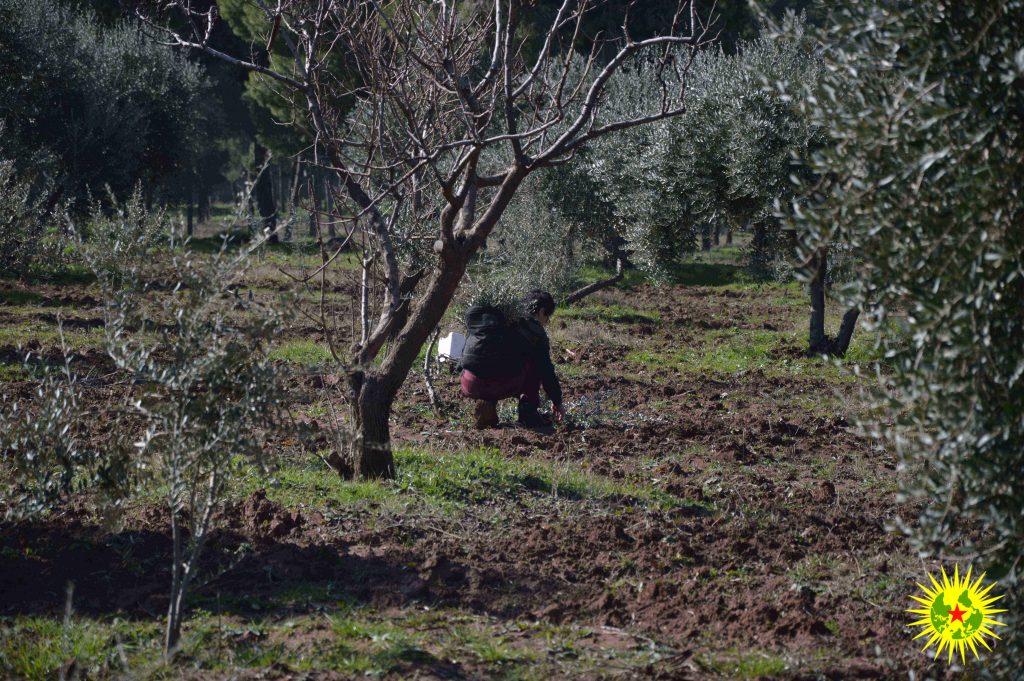 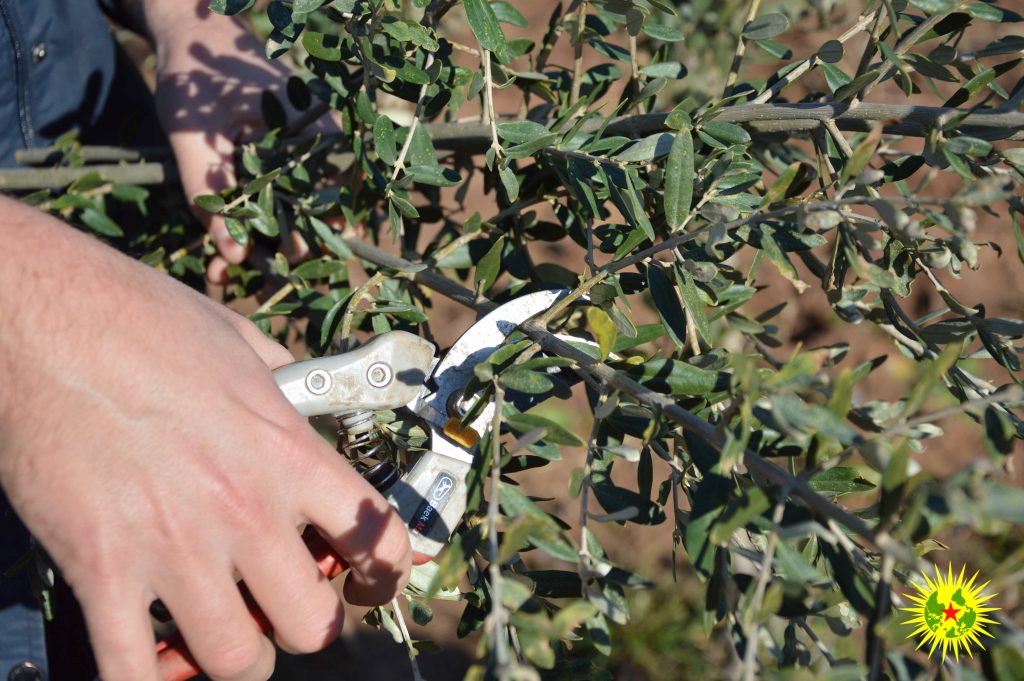 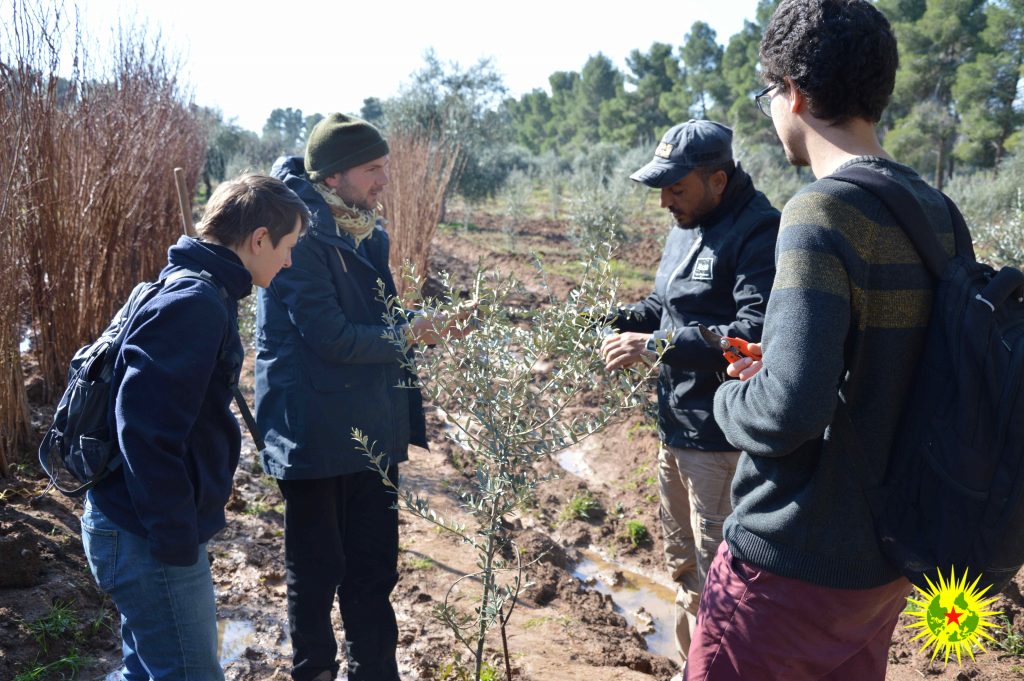 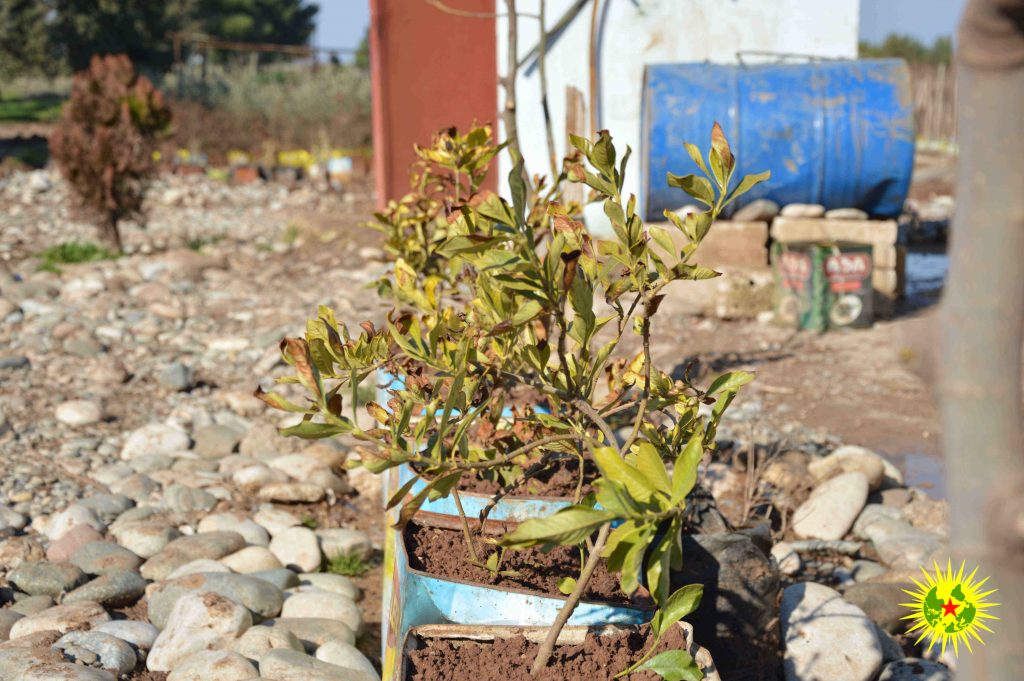 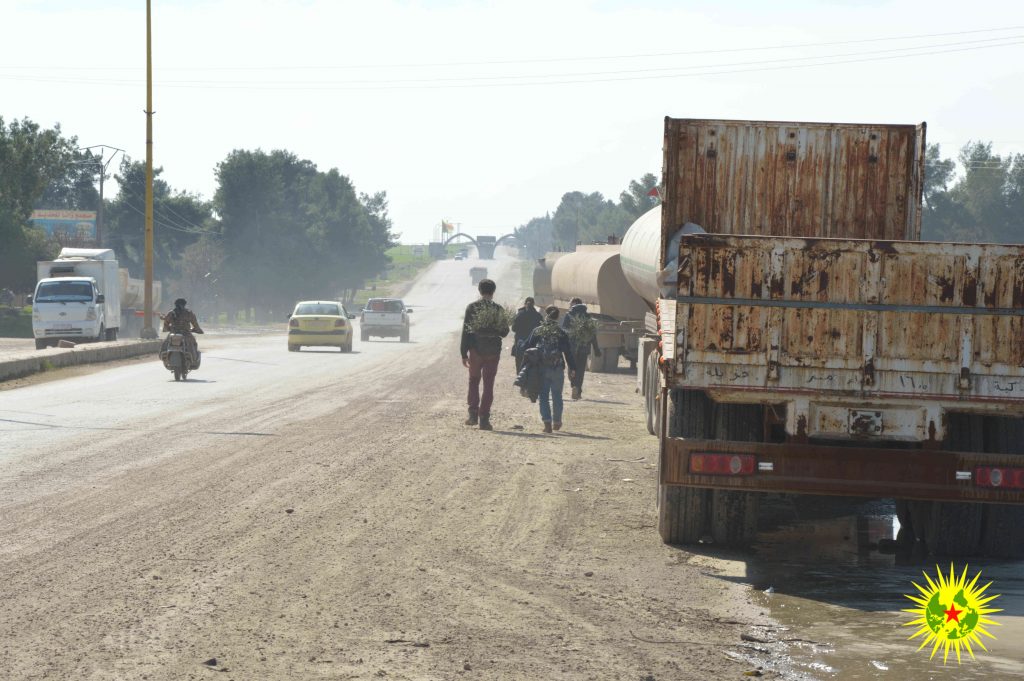