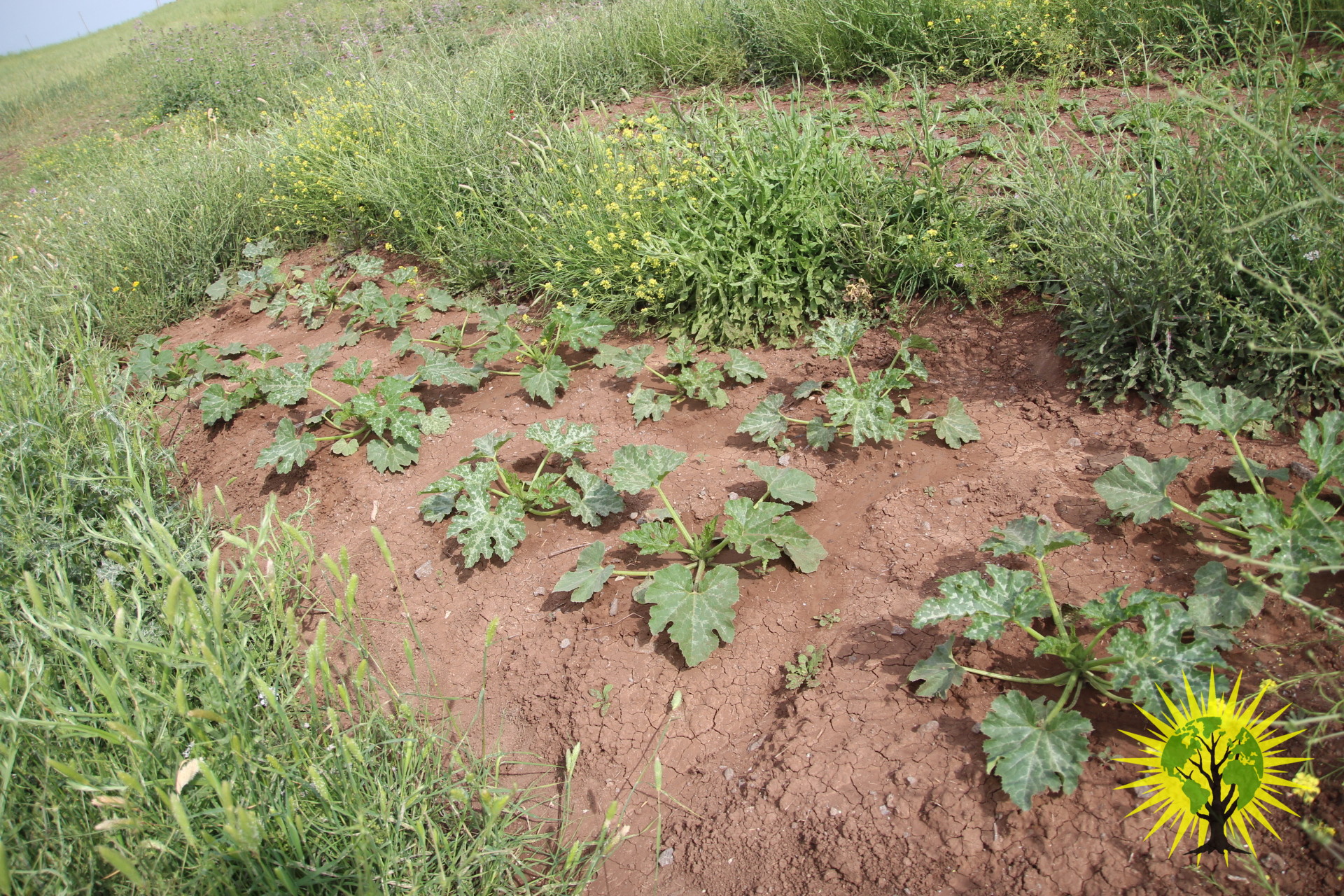 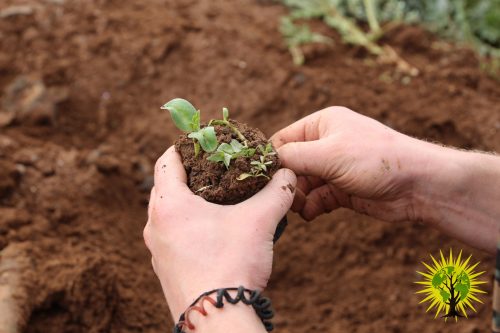 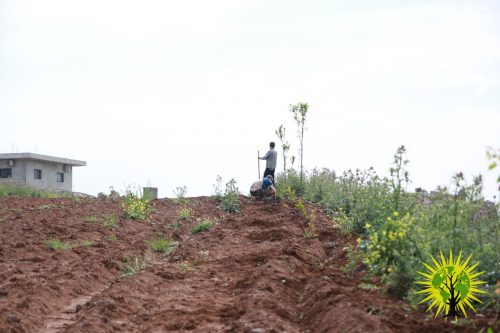 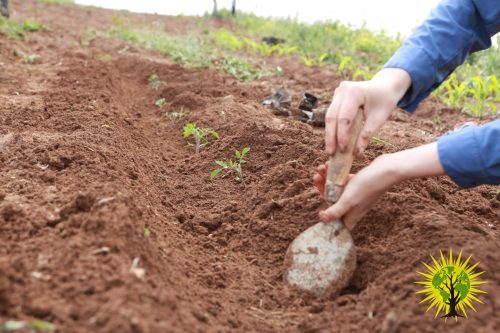 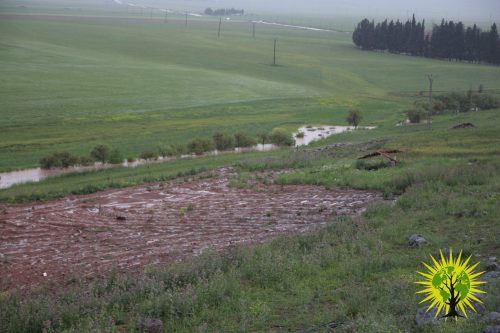 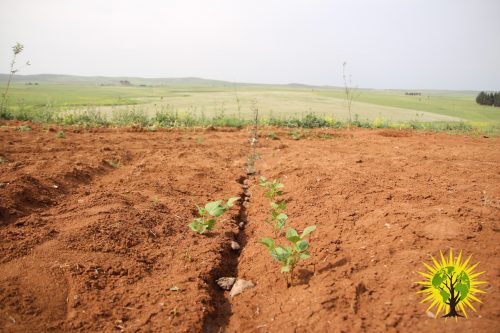 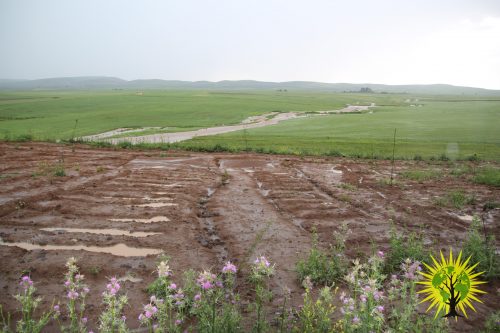 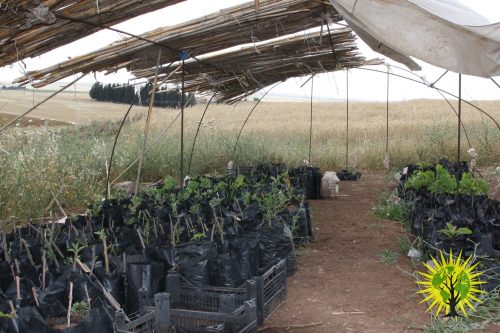 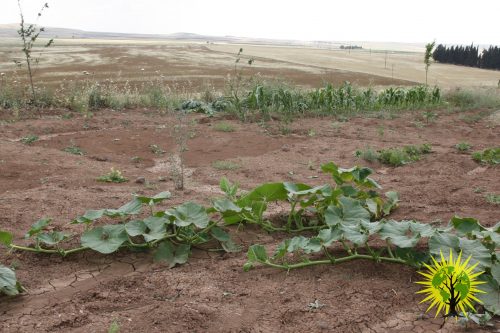 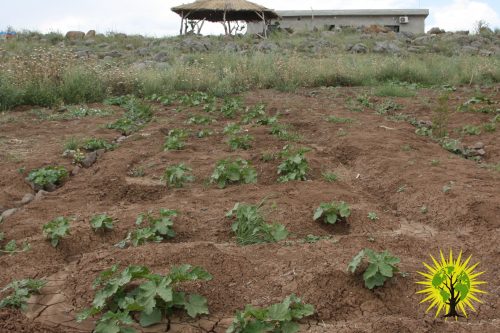 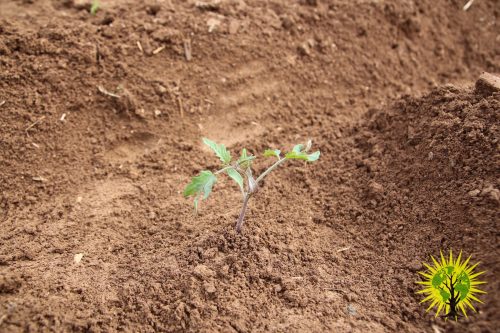 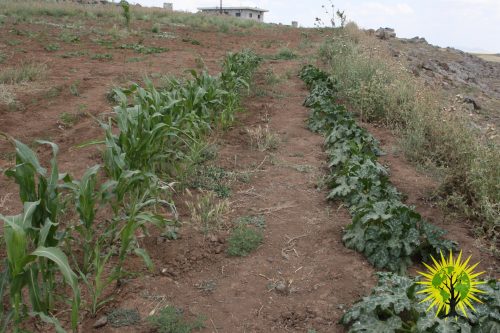 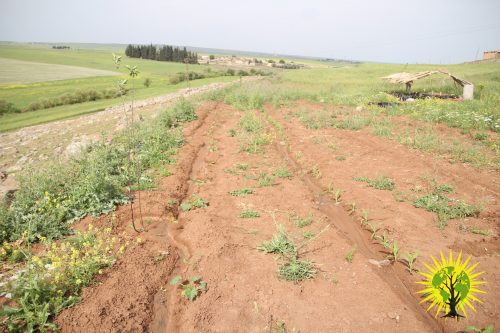 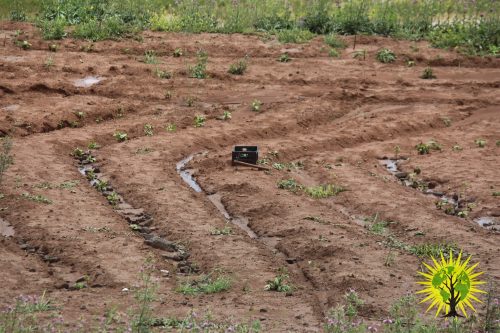 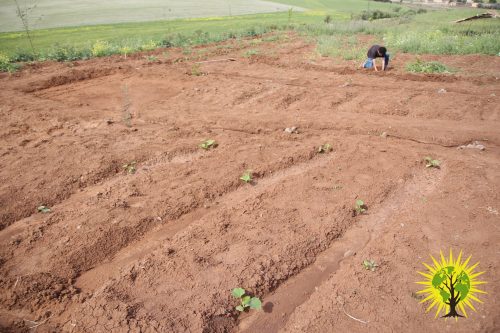 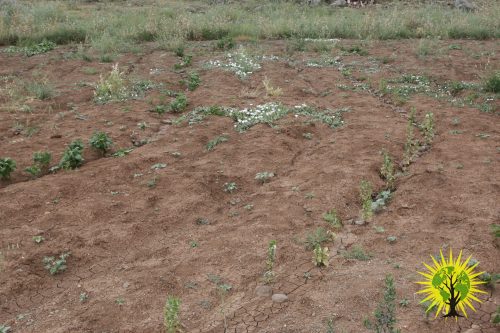 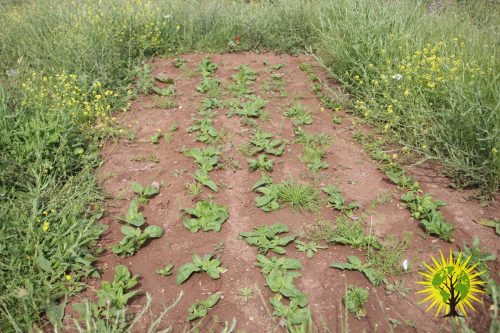 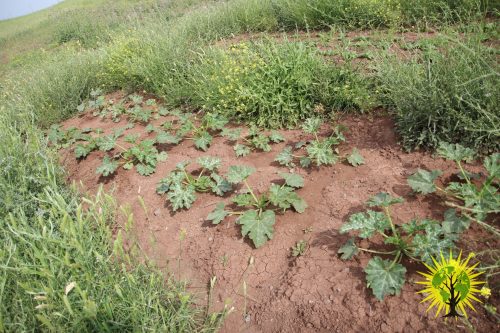 May has been an intense month of work for our ecological project. We have planted some new trees for our nursery, and the other shoots and trees keep on growing. We are also expanding our garden by planting a wide variety of seeds – some from local farmers around the commune, and some from different ecological projects from around the world. Melons, watermelons, beans, eggplants, pumpkins, corn… We are learning how they grow in this environment, while hoping that the hot summer doesn’t kill everything. We are also developing a greywater system to recycle waste water for use in the garden, making our camp more sustainable.

Unfortunately, man-made climate change is having a heavy impact in Rojava. After two months of spring with almost no rain, May brought many heavy storms to the region. Our garden was flooded several times, albeit without causing serious damage. Unfortunately, most of Rojava’s farmers cannot say the same. A lot of harvests have been lost – even if they survived the severe lack of water in March and April, they were wiped out by floods in May.

The heavy rain did help to build up precious water supplies, but still not enough to last the summer. When we spoke with members of the region’s ecological committee, they told us they expect to face water shortages in the coming months, primarily because the Turkish state is withholding a lot of water via dams built to obstruct the Tigris and the Euphrates. But this will not stop our ecological works.

We are also about to release a book about our ecological works in Rojava. We will first print the English version, and afterward it will be available in several other languages. We expect to share more information about this very soon!